The hard-biting guitar riffs, pounding drum rolls and razor sharp voice emanating from the studio is hard to ignore. The combination of musical talent is evident from the band 3 Quarters Dead as they begin to make waves. The band has become a life line in the South and is inching its way internationally. 3 Quarters Dead a hard rock band that is growing more visible on the club and band circuit.

3 Quarters Dead came to life in 1999 with then vocalist Waylon Reavis, who parted ways in 2004. At that point they were in need of a vocalist and they searched for three years until they found Jason Sain. Mark Alexander the guitarist of the band went to meet Jason at a local rock club called Ziggy’s in Winston, Salem and after a drink and little conversation Jason was willing to audition. Since then they have been on a roll.

The members have all been influenced by various acts in their formative years. Most of the members favor bands like Megadeath, Slayer, Testament and more. Yet even with their varied influences they maintain a strong fusion that is their sound. Their music is a reflection of their namesake as Mark put it eloquently.

“3 Quarters Dead is based on the idea that we as humans are made up of 4 parts; Mind, body, heart and soul. When we die, the soul is the only part that lives on, thus leaving us 3 Quarters Dead.”

As the band began to develop a name for themselves they went to work in the studio. They would emerge with a strong track entitled “Between Angels and Demons”. Mark offered details on the track; it is based on the ultimate struggle between the good and evil side of the human soul and how we deal with it. This led to them signing on with Project Alpha Music. Their recording engineer Jamie King connected them with the indie label. They would go ahead and record their second album “Once Upon This Broken Glass” under that label.

The band would soon end up on stage at the Carolina Rebellion Festival in Charlotte, NC. This came about after the band won a contest through the Miller Lite Concert Series and the radio station 106.5 The End. What they found was thousands of attendees and great acts on the bill. At that time they were busy pushing their latest album “The Cycle of Dust”. They had the opportunity to play with headliners like Hell Yeah, 3 Days Grace and In this Moment just to name a few. The exposure for them was massive and would lead to bigger things. 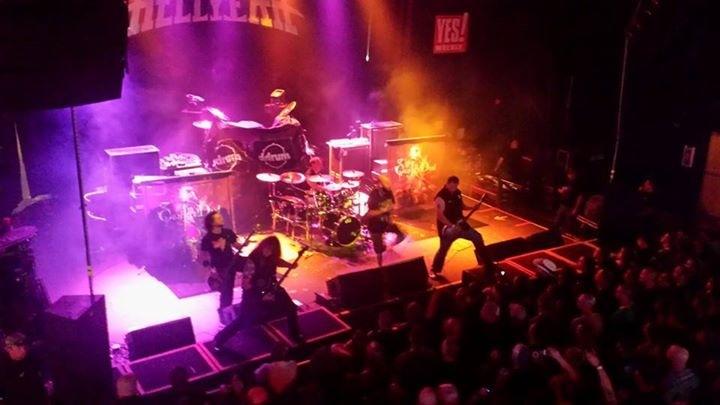 3 Quarters Dead would soon find one of their tracks receiving a lot of attention. The single “Unknown” was their first attempt at shooting a music video. It went so well it not only harnessed local TV support but also FUSE In Demand had it available and was played in many areas around the South. It was distributed through “Rive Video”. You can view the video at:
www.youtube.com/watch?v=0YQTre1Q79I

Around this time 3QD signed on with a new label Turkey Vulture Records and released their album “The Cycle of Dust” through Universal Music. Universal rarely puts out an album that they did not record themselves. Yet they bought into it for releasing and promotional rights. In addition, the band reached #1 on Reverbnation in their area and Top 100 nationally.

The band’s luck did not stop there. They soon would be contacted by Beau Hill who has not only worked with Twisted Sister but was the founder of Interscope Records. He ended up recording and producing three tracks with them. The three singles, “Mind Control”, “You & Me” and “You Can’ t Break Me” are featured on Beau Hill’s website:
http://beauhillproductions.com/index.php/site/disc_new

Since that time they had replaced their drummer and rewrote the songs they recorded with Beau to be released on their upcoming album “Tribulation” which is due out in early 2015. Their music soon began to stretch across the Atlantic when they received airplay on a UK station. Longside Radio started showing support for the band’s music after Mark sent them over a new song “The Enemy”. Then the station ended up calling Mark during a segment called UK LIVE ON AIR.

“I had of course sent all my contact info with the song and one day out of the blue I get a phone call from the UK LIVE ON AIR wanting to do an interview with me right there on the spot. I stopped whatever I was doing and obliged him. Great station and they play some killer music.”

3QD is also a band that likes to give back to the community any time they can. Recently, they offered their talents to a benefit event for ALS. The event was organized by a regional magazine called “The Pit Unsigned”. It was an all day event featuring many different acts. At the end of the day the event raised over $2,000 for the cause.

On the horizon 3QD is about to release their new album “Tribulation” in either January or February of 2015. The album will feature nine new tracks with a booklet filled with artwork and lyrics. They are also in the works to film the video for the first single “No Stone Unturned”. This new album is a bit heavier, but still retains all the nuances that define the 3QD sound. Besides these upcoming developments they are also planning on revamping their live show. 3QD is due to make a lasting mark in the music world. 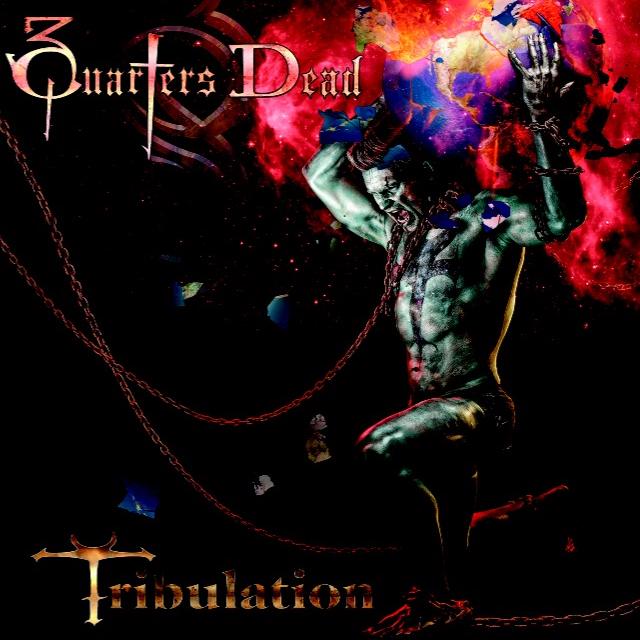