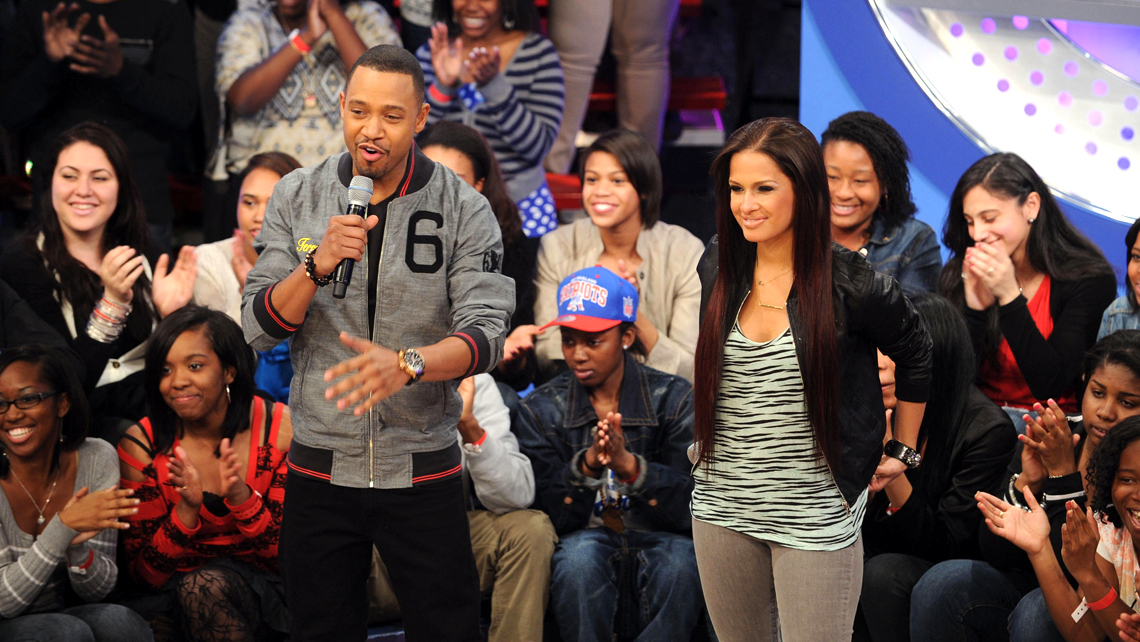 Chuck Holliday
While BET strings us along on 106 & Park's farewell tour, be thankful for one thing; the opportunity to have basked in the importance that was urban music programs on TV.
Like
Tweet
Share
Share

As we prepare ourselves for what will be the end of an era with the television cancellation of longtime BET mainstay 106 & Park, I have one piece of advice for you.

Enjoy it while you can. We’re beginning to run extremely thin on our supply of urban music programs and related bookings on Television.

Whether you watched or not, 106 & Park withstood absolutely hellish beatings in their final years, fueled by host and timeslot changes. Older fans of hip hop culture referred to it as a kid’s show, despite the fact that the 15-24 demographic accounts for more spending on entertainment than any other age group. With that said, no executive in any realm of Television will devote a single second of air time to a crowd that has proven to be not only disinterested in supporting artists where it counts (via the wallet), but also in advertising/commercials that helps the costs of producing these shows, aka CPM.

So can you really blame Viacom if they want to walk away? No matter how much you want to feel obligated to produce something, if the audience says no, the answer is no.

In all likelihood, we’ve seen the last of the ‘urban music program/platform’ for emerging artists on Television (throwing in the cancellation of “The Arsenio Hall Show” and “Sucker Free Sundays”), and it’s a shame.

Not for them, although you can’t help but feel bad once the dust settles in and the booking of emerging urban artists on Television declines significantly. Then again, the last thing you want to do is see a show hang around long past their prime and potentially embarrass themselves. It’s safe to say 106 & Park did just that.

But it’s a shame for us, the fans, because the truth is neither of these mainstream shows that book urban music artists will increase it’s presence to offset the cancellations. As a matter of fact, they just might tighten up the rope even more, especially with the incoming Stephen Colbert once he replaces Late Night talk show icon David Letterman in 2015.

Let’s be real: do you honestly think The Weeknd, August Alsina, Elle Varner, or Rich Homie Quan will be booked for late night talk shows such as Conan, Seth Myers, Colbert, or James Corden (who replaces Craig Ferguson) over BANKS, Elle Goulding, and FKA twigs?

Over the last two years, the emergence of the digital age and outlets has made the importance of Television for artists less today than in 2012. But let’s remember that in order for artists to fully embrace these digital outlets over Television, said outlets should have the same reputation for being a difference maker for emerging artists as a longtime Television show that has consistently done it for a decade.

106 & Park, as unfair as it might be, will most be remembered this season for its ill-advised pairing of Shad “Bow Wow” Moss and Keshia Chanté after months of inconsistency with the hosting position. But before that, 106 & Park was having its best ratings ever, which is impressive in itself until you consider just how all over the place its direction steered into during its run with hosts Raquel “Rocsi” Diaz and Terrence Jenkins.

BET has been talking of an exit plan for 106 & Park for a couple of years now, and as tired as we’ve grown of the ‘young crowd’ approach to the program, it appears as if BET will seriously walk away from the urban music game for good. I think.

But the soap opera spectacle that surrounds the decision to move the program to its BET.com website overshadows one big, important fact.

Shows such as 106 & Park, Rap City, and even Sucker Free Sundays are among of the last of a dying breed.

There’s absolutely no disputing that these shows have the reputation that it takes to not only provide a launching pad for emerging artists, but also for music industry executives to position an artist returning to the spotlight a platform to preview new music. There’s also music station Fuse TV, but they have not produced a music program since its experiment with “The Bridge on Fuse” hosted by Yasmine Richard in 2012, which lasted all of 2 weeks on the air.

Some might argue that TV shows devoted to urban music are a fossil in the new age of digital media. While I’d agree that you could make a strong case for VEVO as the premiere platform for urban artists, the MTV-like digital platform has not caught on with audiences who still don’t realize the music service is more important than any hip hop blog in the business. As for BET, expecting them to replace 106 & Park with a new music show is as laughable as watching the episode of Martin in which Martin and Gina Payne hit the lottery. If they are putting the nail in the coffin on their signature show for 12 years, why start all over again to build an audience with a new show?

Dispersed throughout the rest of Television, there is an array of platforms devoted to urban music and its artists.

But none have begun to approach the level of pure spectacle that programs from BET and MTV hold. While I’m in no way dismissing any of these other shows from having a major influence on the urban music community, it will have to take for a well known figure in the business to not only emerge, but to also serve as the face of a new music program to remotely have a chance at connecting directly with audiences.

As for the rest of the platforms outside of VEVO and AllHipHop.com, it’s a smorgasbord of either unproven or uninterested websites when it comes to emerging urban artists. Nobody outside of the names listed have shown even a glimmer of devotion (Global Grind is a gossip entertainment website in the vein of Media TakeOut, while Revolt TV has not even cleared 3 cable distributors as of November 2014), none suggesting anyone will turn to them even two years down the road. While many are young and still have time to develop, it appears we’re in store for more disparity than we are truly dedicated platforms.

So while BET strings us along on 106 & Park’s farewell tour, be thankful for one thing; the opportunity to have basked in the importance that was urban music programs on TV, because you never know if there will ever be any more.