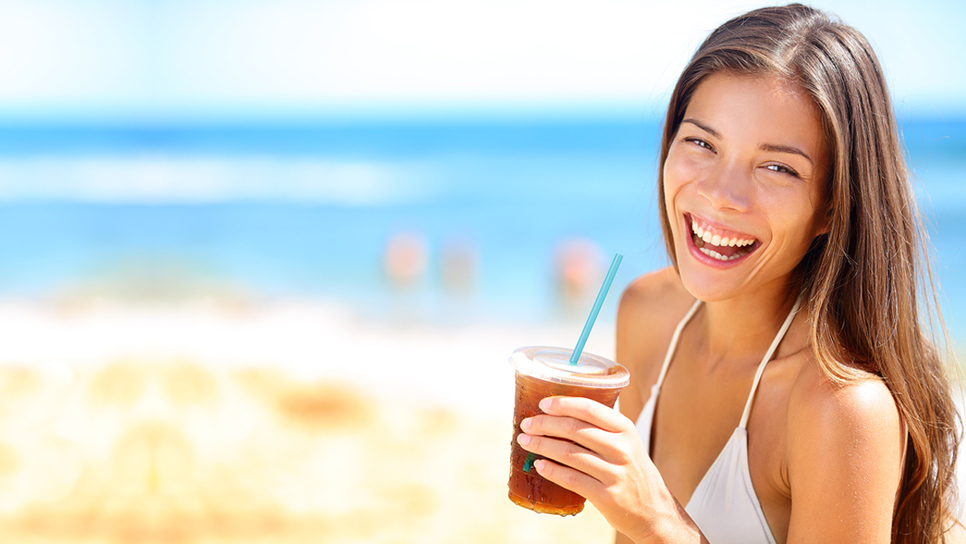 Are These New Natural Sweeteners Good for You?

With regular sugar taking a nutritional beating and artificial sweeteners unable to shake their sketchy made-in-the-lab connotations and unpleasant aftertaste, it’s no wonder newcomers like stevia and agave are conquering our morning coffee (and the world of packaged foods). The new low-cal sweeteners are derived from natural substances rather than synthesized like saccharin and aspartame, so choosing them can make you feel at least somewhat healthy and virtuous. Still, there are concerns.

Are They Safe?
Some of these natural sweeteners are relatively new, so they haven’t been studied as extensively as sugar and artificial substitutes have. And though you would expect natural to mean that a product contains nothing artificial, some new sweeteners may have undergone chemical processing to extract them from their original sources, says Barry Popkin, Ph.D., professor of nutrition at the school of public health at the University of North Carolina at Chapel Hill. The processing involved may affect their healthfulness, though we can’t be sure since manufacturers provide few details. However, the FDA has reviewed provided data and considers most of them to be generally recognized as safe. In fact, the food-safety watchdog group Center for Science in the Public Interest believes this new generation is probably safer than aspartame and saccharin, which it asserts could increase cancer risk. (The FDA and the American Cancer Society dismiss the talk of cancer, because it’s based on older animal studies involving very large amounts of artificial sweeteners.) There is one new sweetener CSPI has put in its “caution” category: the monk-fruit extract found in products such as Nectresse, which CSPI says has been poorly tested for safety. “But since it’s derived from a fruit, it is probably safe,” says Michael F. Jacobson, Ph.D., CSPI’s executive director.

With the exception of agave syrup (see the nutritional stats at right), the new naturals are very low-calorie or calorie-free, so you would think they’d be a great way to help decrease your daily calorie intake. But it’s complicated—mostly because there’s no research that specifically looks at how these sweeteners affect weight loss. Existing studies on dieting focus on the older generation of artificial additives. And on that front the evidence is mixed. “Our research shows that artificial sweeteners do appear to reduce the risk for weight gain when combined with a healthy, well-balanced diet,” Popkin says.

On the other hand, a 2013 study review in Trends in Endocrinology & Metabolism found that artificial sweeteners—as little as the amount in one diet soda a day—are associated with an increased likelihood of weight gain and diabetes. “Sweeteners may be interfering with the physiological responses that help us regulate body weight and control blood sugar,” says the study’s author, Susan E. Swithers, Ph.D., professor of behavioral neuroscience at Purdue University. In other words, when we taste something sweet, our bodies expect actual calories to hit our bellies soon afterward. To prepare for that, we release insulin and other hormones to react to the influx and register fullness. But in the absence of actual calories, the insulin and other hormones may not only cause your blood sugar to plunge but could actually make you crave more sweets and overeat.

Though the study focused on artificial low-calorie sweeteners, experts think the effect would hold true for natural ones, too, since mere sweetness jump-starts this chain reaction. “We would not expect natural low-calorie sweeteners to be any better than artificial sweeteners when it comes to weight management,” says Swithers. However, you may be able to counter the overeating effect if you consume sweetened foods that contain fiber, like oatmeal. The fiber will help keep insulin levels steady so blood sugar doesn’t plunge, says New York City psychologist Stephen Gullo, Ph.D.

The Sweet Lowdown
One thing’s certain: As a range of new studies continues to show that sugar is a major factor in not only obesity but heart disease, inflammation and other chronic health conditions, many experts now advocate controlling added sugar intake in the diet as much as possible. “If you have a sweet tooth, consuming sugar substitutes is better for you,” says Cindy Fitch, R.D., director of Families and Health Programs at West Virginia University’s extension service.