Guys, you might be wondering what exactly a Rihanna fragrance is doing in your manly men’s section. And we don’t blame you. If Ryan Gosling was suddenly peddling a ladies fragrance we’d be hesitant too. But it looks like the pop tart has set her heart on making the men around us smell amazing. With four women’s fragrances under her belt, it’s no secret that her first desire was to always do a men’s fragrance, and now she’s finally following through. This September the singer will be releasing her first homme fragrance: Rogue Man by Rihanna.

The cologne will be a woody oriental scent with top notes of bergamot, black pepper, clementine and rosemary, a heart of vanilla orchid, jasmine, labdanum and cedarwood, with a base of tonka bean, musk, sandalwood, patchouli and amber. While it’s definitely not a simplistic men’s fragrance, Rihanna’s licensing brand Parlux Fragrances Inc., believes it will do quite well. “Of the current pop icons, Rihanna has had some really long-term success [in fragrance],” Donald Loftus, president of Parlux, told WWD. “That success has translated across the ocean. So her international following is huge, and that’s not always the case with celebrities.” 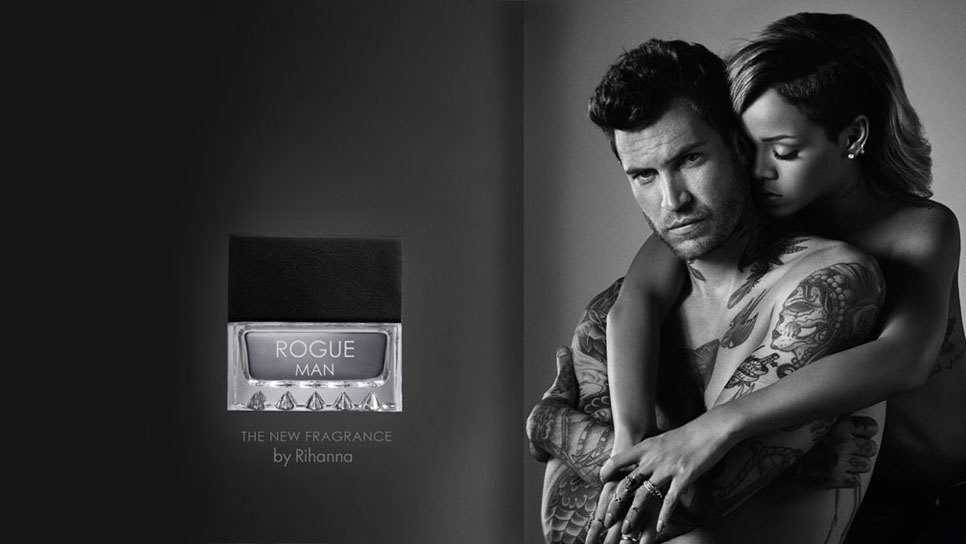 Of course it doesn’t hurt that a naked Rihanna won’t be able to get enough of you if you’re wearing her scent. The campaign images, shot by Mario Sorrenti, capture the nude singer embracing model Daniel Ness—who you know just doused himself in the fragrance. “We don’t know if a man will react to this, if a woman will buy this for her boyfriend or [a man] is hoping to turn into the guy that’s in the ad,” added Loftus. “The first bottle may be sold to a Rihanna fan, the second bottle [will be] because the bottle and the juice are just really fantastic.”