The automotive industry has been buzzing with Rolls-Royce’s record half-year sales, which were announced by the brand earlier this week. With global sales having increased by 33 percent compared to this time last year (a whopping 60 percent in Europe) and prices starting at $263,000, Rolls-Royce is proving that luxury cars are in higher demand than ever before.

“This is an excellent half-year result and demonstrates the continued confidence that our customers have in our company and our fine cars. The new Rolls-Royce Wraith has been a stunning success in the super-luxury segment, setting new modern style and technology leadership benchmarks,” says Torsten Müller-Ötvös, Chief Executive Officer for Rolls-Royce Motor Cars. “Wraith complements the pinnacle performance of the incomparable Rolls-Royce Phantom and the new Rolls-Royce Ghost Series II, the latter first arriving in markets in autumn this year.”

Spurned by continued interest in the Phantom family, Ghost Series II and the Wraith, sales growth has been seen in every region, and has gone up by almost 40 percent in Asia Pacific and over 30 percent in the Middle East. Rolls also reported that their bespoke sales have grown across their entire auto line, meaning that people have been paying even more to trick out their cars.

Considering Rolls has been leading the luxury market for years, we’re fully expecting them to earn best British luxury brand again at this year’s 13th annual Walpole British Luxury Awards (which will be held November 3 in London). 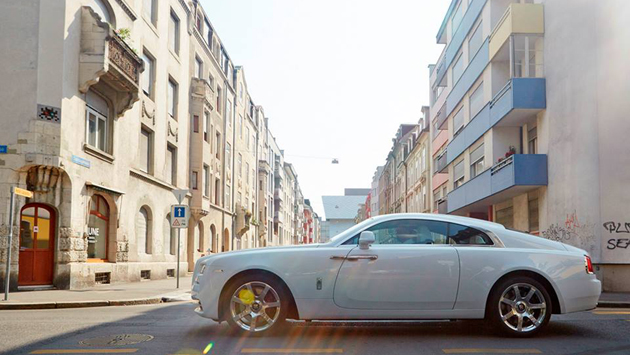 Key Things You Should Know After Turning 30

How to Look Fantastic While You Are On the Go