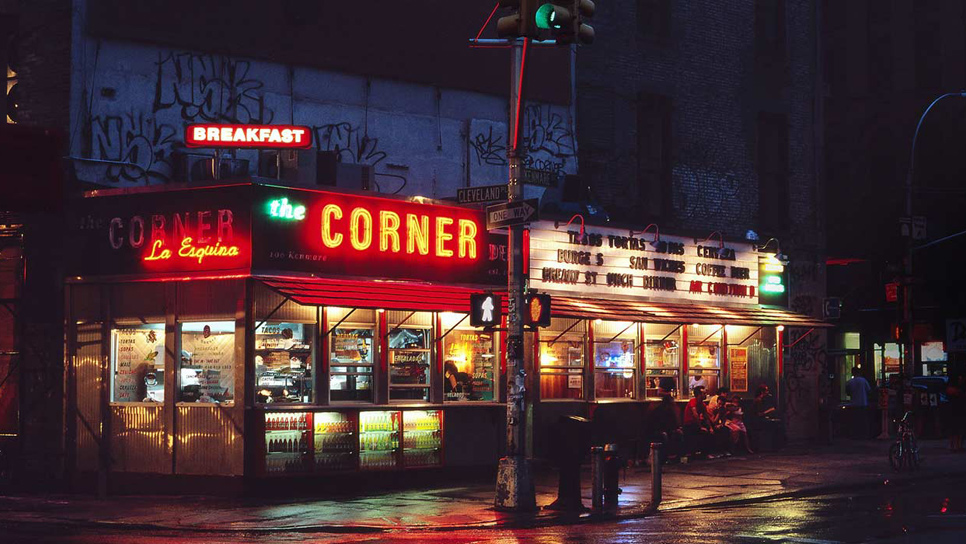 New York is the city that never sleeps. And that’s a good thing for any visitors trying to do it all in a place with infinite opportunities to experience food, theater, shopping, culture and world-class nightlife. Bars generally close at 4am, so if you’re still going strong after last call, where can you eat? We’ve rounded up the five best restaurants in the city for after-hours dining, in neighborhoods where people stay up–and out–late. Avoid the greasy spoons and pizza slice joints; these restaurants will leave you wanting to linger over dessert or a nightcap, even if it’s the next day. Haven’t you always wanted to see the sun rise over Manhattan? 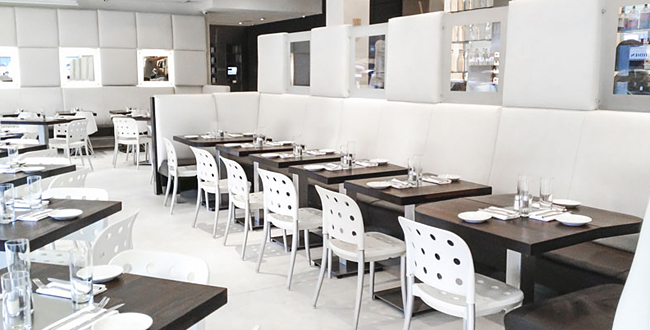 Cafeteria has a cult following. How many other restaurants are regularly mentioned in Page Six and have thousands of followers on Twitter? Since opening 15 years ago, Cafeteria has kept to their oft imitated but never replicated philosophy of creating an electric, modern and intimate ambiance where people can gather 24 hours a day. The menu features comfort food with a gourmet twist. The lemon ricotta pancakes are delicious, no matter what time of day they’re ordered. 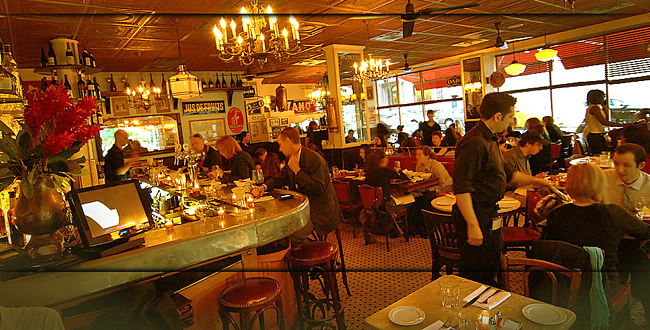 Whether you find yourself uptown or downtown with a late-night craving for bistro food and coffee culture, get yourself to French Roast. The most important thing to know about both locations is that the French fries are made the traditional French way: cut into shoestrings, blanched, then cooked to order. The atmosphere is casual in that European way that always feels refined. Stick around at the bar and you might meet some homesick travelers or future friends with an apartment in Paris. 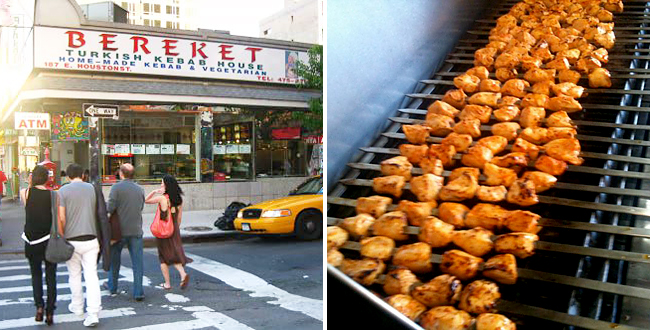 Bereket looks a little out of place on the Lower East Side, nestled in amongst the new highrise condominiums, wine bars, and an American Apparel store, but you’ll know you’re in the right place from the smell of roasting lamb and the yellow octopus painted over the door. The Turkish Kebab House makes everything fresh to order and tops it with tabouli, hummus, and hot sauce. The staff is friendly and the prices are low, making it the perfect pit stop (or one last stop) for a night out on the town. 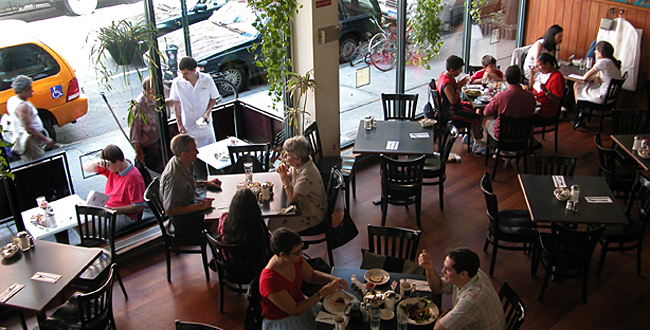 Since 1954, Veselka has been churning out lovingly prepared Ukranian dishes in the East Village. And though the neighborhood and menu has changed since then—it now features turkey burgers and spinach salad alongside potato pierogis and vegetarian borscht—Veselka is still a beloved New York classic. There’s another Veselka outpost on Bowery, but the original in the East Village is open 24 hours and retains its old-school character with counter service and a bakery case filled with desserts. 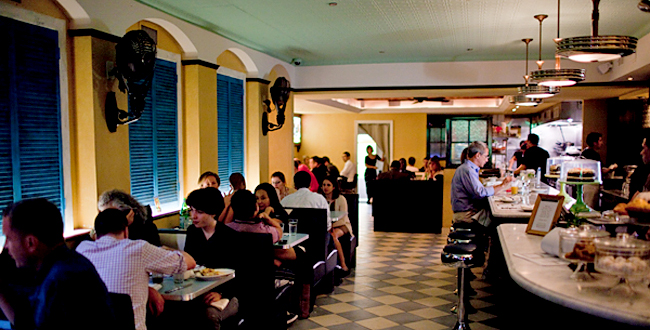 Just east of the party scene of the Meatpacking District, you’ll find Coppelia, a 24-hour enclave that can’t decide if it wants to be an authentic Cuban restaurant or a gourmet American diner, so does both to perfection. Chef and owner Julian Medina was raised in Mexico and trained at the French Culinary Institute. The result is a menu that features chicharron calamari, yucca fries and blue corn pancakes.