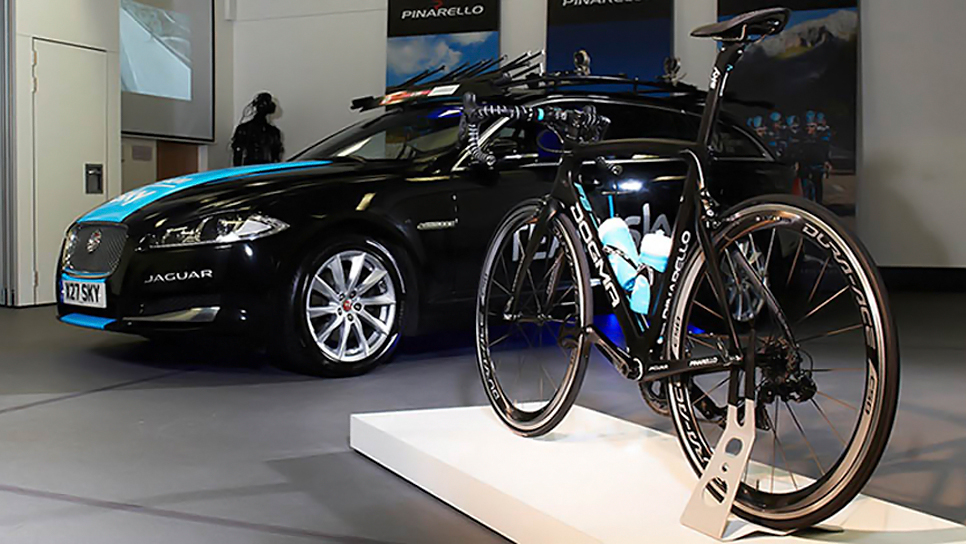 Jaguar has lent their aerodynamic knowledge to Team Sky (the pro British cycling team) for the new Pinarello Dogma F8 racing bike. The bicycle, which marks the first time the team has used the car marquee’s technical know-how, will be used for the rest of the 2014 season and is only the beginning of what we can expect from the new collaboration now that Jaguar is officially an “innovation partner” with Team Sky.

“Cycling is a very competitive sport where every fraction of a second matters. With the experience and knowledge of Jaguar’s performance engineers, combined with Pinarello’s world class reputation in frame building and Team Sky’s elite level expertise, we have created an excellent bike,” says Sir Dave Brailsford, Team Principal of Team Sky. “Jaguar has utilized their advanced CFD [computational fluid dynamics] facility and skills to help make the Pinarello Dogma 65.1 even better. I’m confident our riders will start the Tour de France on the fastest bike we’ve ever used.”

Jaguar strived to give the bike’s frame a better aerodynamic performance, giving it improved tube profiles and reducing the drag. Pretty much every component was reshaped, including the seat, derailleur, front fork, and everything that attaches to the frame. Apparently, over 300 “virtual runs” were done at the end of last year — much like how the car brand analyzed their new Land Rover — and then verified with a wind tunnel test.

“The difference was obvious when I first rode the Dogma F8,” says 2013 Tour de France champion Chris Froome. “It is obviously lighter and feels more rigid, so that all the power from your legs is transferred to the road without any flex or movement. This is a bike on which I know I can win another Tour de France. I am going to be doing everything possible to make that happen.”

The bike’s first race was the Critérium du Dauphiné, which started last weekend, and will go on to compete in the Tour de France — starting in Leeds on July 5. 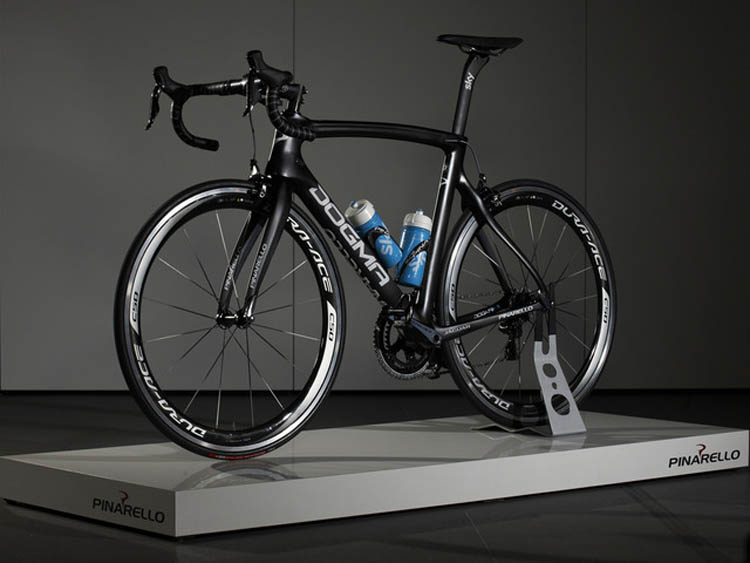 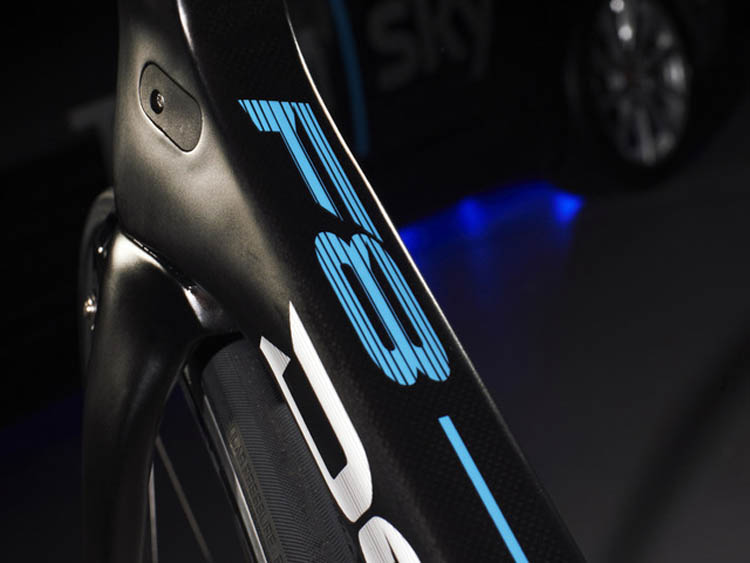 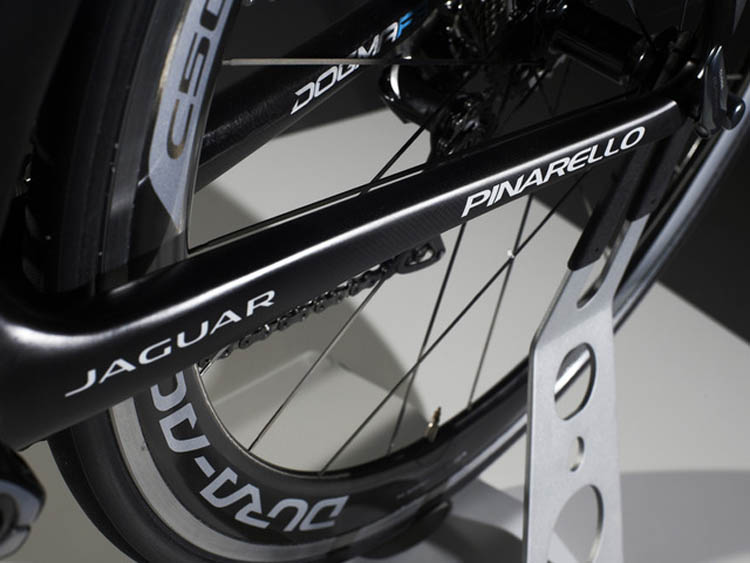 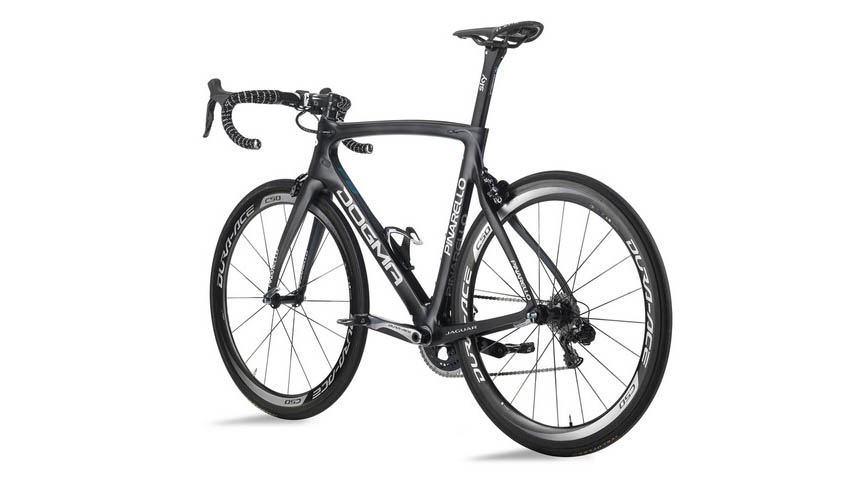 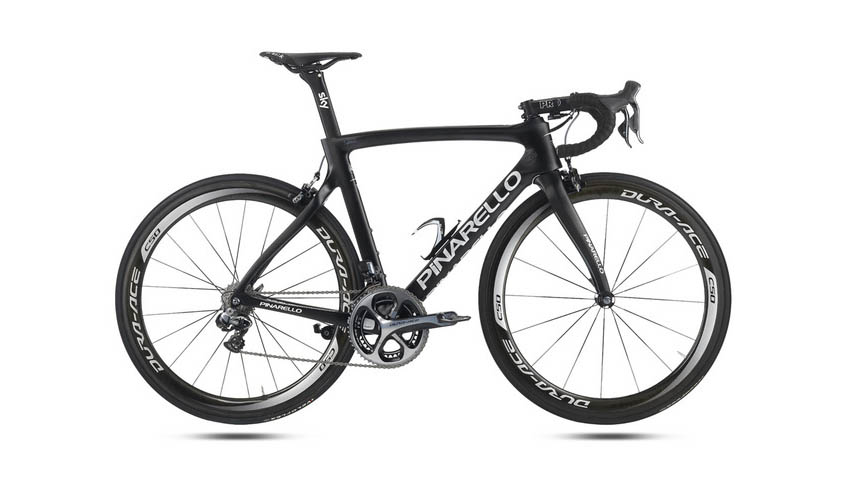