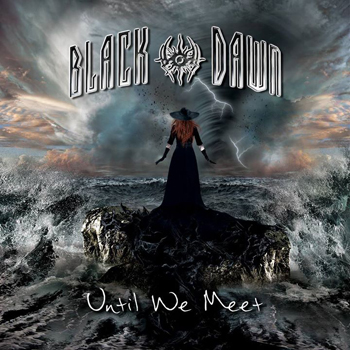 It has been a while since we have seen bands mesh the way that Long Island rockers Black Dawn has. The “family like” connection the band has created is a testament to their eighteen year commitment. Since 1996 they have jammed in the studio and played to numbers of fans. The group was the “brainchild” of Tom Kelly and ex-bassist Rob Tinari who thought of the idea as merely a hobby but that soon changed quickly. Soon Black Dawn became a powerhouse in the club circuit and Tom could not ignore that. His idea had become more than he expected.

Their steadfast attitude earned them to be chosen as semi-finalists in the Long Island Music Festival in 1997. In the same year they had the honor of performing at the famous CBGB’s in Manhattan. There they recorded there second EP entitled “Live At CBGB’s” which was released in 1998. Black Dawn has been falsely labeled as an alternative rock band but they are adamant that they are pure metal.

“It was absolutely thrilling for all of us to perform on that stage, given the history of that venue. A lot of our fans were excited to find out we were booked there. The venue was packed with many people we did not bring, and the sound system in that place kicked ass! These are all the reasons we released “Live at CBGB’s”. We had a lot of fun the few times we played there.”

The singer /songwriter Matt Kotten has given the band its innovative style that sets it apart from other metal bands. Most would assume that metal bands are all about angry and thrashing lyrics with little positive element. BD is another “animal” Matt brings forth emotional and thought driven lyrics and less about anger issues. The music serves as an example of the bond the members have.

Each member posses a special gift that adds to the recipe. Matt offers the spices with his lyrics, Enzo the heavy beats to set the tone, Tom makes sure all is operational and the last member James does his best to keep it all in order. This well oiled machine has caused a panic within the “metal arena”.

“We have been working on the finishing touches of the album package. We are trying to get printed copies next month with full internet distribution later in the fall. The single has already had plenty of streams and free downloads at http://www.reverbnation.com/blackdawnband. There is a music video for “Upon Your Lips” in progress and that should be out in the fall too.”

For Tom and maybe most of the other members “Age Of Reason” was his favorite so far. But he is also excited for the new EP. Most of the members of the band hail from Long Island except for James. who is from Brooklyn. The boys have been influenced by similar acts like Twisted Sister, Kiss, Life Of Agony, Type O Negative, Agnostic Front, Murphy’s Law, Biohazard, etc.. As they began “planting their own flags” it has offered them the opportunity to open up for some heavyweights.

Some examples are bands like Kings X, Daisy Berkowitz, LA Guns, and Biohazard. In the very near future they will be opening up for Michale Graves (ex-Misfits vocalist) on Saturday, September 27th at Blackthorn 51 in Elmhurst, NY. The Facebook link to the event is below.
https://www.facebook.com/events/1461400997443973/

“With any luck, we will have the printed copies of “Until We Meet” ready by then. In any case, we are expecting this to be a very energetic performance.”

In the case of the new release fans can preview it on iTunes or Dropbox via these links: https://itunes.apple.com/us/album/until-we-meet-ep/id891653273 or https://www.dropbox.com/sh/2b0jfg4io2yzh3h/AAArVzVAUpLtm8QI3Kmc8A1la.

There new cuts are strong and edgy with a force that tears at the heart with each pounding beat. Tracks like “Pray For Me” is begging for solace while you brace for the next guitar riff or the hypnotic voice of Matt Kotten. As you proceed through the track list you come upon another gem “Open The Gates” which brings you back to the days of the true Metal of Ozzy and Ronnie James Dio. The cutting edge guitar is reminiscent of Randy Rhodes or even Kirk Hammet.

The band is very happy to have shared the stage with such forces in the industry but are looking for higher ground. At this time acts like Chevelle, Volbeat, and Kill Devil are touring and they would love to be apart of their tour. Any opportunity that comes their way they are more than ready to take advantage of it in a positive light. BD has become a force to be reckon with on the Metal scene and are due to “plant more flags” till the Dawn of time.