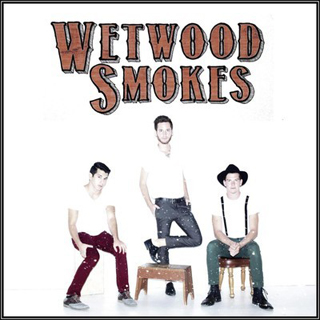 It is refreshing to hear when music is formed through the spirit of unity and trust. This fact is evident with the coming together of step-brothers Josh and Steve with childhood friend Chrystian Cano. The musical seed was planted for Steve and Josh when they were fairly young. Their family as a whole where musically inclined. Josh and Steve were exposed to music by attending performances by their aunts and uncles.

One specific Christmas they both received guitars which soon fueled their desire to perform themselves. They both pay tribute to their parents who baptized them into the music that they grew up on. The influences the boys had were from present day legends like Chicago, Earth Wind & Fire, Rush, Journey, Simon & Garfunkel, Prince, Queen and Heart.

As it so happen the brothers soon joined childhood friend Chrystian Cano who was a keyboard player. When they first formed they took the name Cue the City. In the beginning Josh was singing back up, Steven was on guitar and Christyian played piano/synth. Eventually they all realized the potential of Josh’s voice something had to change.

“We went out and bought Steven a new Gretsch drum set and a red korg SV-1 for the band. Steven, who hadn’t previously played drums, was able to pick up the drums fairly quickly. Chrystian moved to bass and learned to sing harmonies and Josh now does a combination of piano and guitar while singing. It was certainly a challenge learning new instruments but we enjoy pushing ourselves to grow as musicians.”

After this development they formed what was to become “Wetwood Smokes”. At the time they were fiddling through names trying to see what fit best. The birth of the name derived from a very natural origin. As the boys were surrounded by a camp fire someone placed a piece of wetwood in the fire and pointed out how the wetwood was smoking. Hence, they felt that title wetwood smokes fit their image. Especially since were all handy with wood often crafting things like a coffee table or a stage set.

Their style of music has been compared to “Band of Skulls” and “Kings of Leon”. Even though that may be the case the boys do not try to sound like them but do admit they are big influences. As a matter of fact they are big fans of both bands. The band has opened for the Brobecks reunion whose front man Dallon Watts later went on to play for Panic in The Disco. The boys have developed ties with the other bands along the way. Josh even jokes that Steve once dated the front woman of Bad Wolf and owner of Amplyfir in LA Dakota Wade.

Eventually the band began to work in the studio to lay down original tracks. Soon they polished off an EP entitled “Earth Tones & Red” which will hit the market on June 10th, 2014. The album stands as a testament of their humble beginnings and its sound and style echo with the influences of Bruce Springsteen to Bob Dylan, especially when you hear the track “Better Man”. Also at times their sound has been compared to Mumford and Sons.

“The EP is officially on the market June 10th. We’ve been giving our burned copies of our CD’s out to anyone who will listen for the past few months. At this point in our career we aren’t looking for big sales, we just want to have our music heard. I truly believe that if people give Earth Tones & Red a chance they will find something on it that they can connect with.”

Currently the band is feverishly working in the studio on a three track EP. They have already recorded one track with the help of OC Music Awards Producer Jon O’Brien. They promise that fans will find a progression of their music but never losing the original sound from “Earth Tones & Red”. “Wetwood Smokes” is a refreshing band whose smoke signals are due to attract more followers one beat at a time (http://www.reverbnation.com/wetwoodsmokes).