We have seen through the past two decades how women have taken center stage in various industries, one of them being the music industry. Women like Neeta Ragoowansi, President of Women In Music, Roe Gallo, Product Manager, ADA Distribution/Warner Music Group and Christina Kotsamanidis Press Relations for Atlantic Records. Then there are women who serve the independent and up and coming artists hungry for success.

Lau Lapides happens to be an inspiration for women in the industry. She was always involved in performing either dancing, acting in musicals then as an adult in Regional, Repertory, Stock Theatre and TV commercials on camera and voice over’s. Lau her 20’s was accepted into the nation’s top MFA acting program at the University of California. In turn, she was offered a full tuition scholarship. Along with the scholarship came a Teacher Assitantanship for her three year residency. She completed a BA in Acting from Bridgewater State University and MFA from UC, Irvine.

“There I really honed my acting craft and was exposed to the top level of teaching acting to undergraduates and directing projects for colleagues. I also was awarded an ArtsBridge Scholarship to go out into the community and teach high school Improvisation and Acting. It was bootcamp for my soul and really solidified that I was making the perfect choice to have a career in the industry.”

She forged forward and took on a challenging role in a play entitled “Talking to Terrorists” with The Sugan Theatre in Boston. She played three different roles a British Missionary, an Egyptian Terrorist supporter and a maid. Lau admitted it was not an easy task to switch roles/identities without skipping a beat. She realized how to be a good actor one needed to be truly in the moment and delve into their character to be convincing.

After getting a taste of the acting field and the steps it took to achieve it she felt she needed to share it with others. Her first step in giving back to others is when she began taking on the role of a teacher. She held a few faculty positions at institutions like Babson College, Bentley University, Boston University, Quincy College and others. Her role encompassed teaching various courses within ten years. The courses she taught were like Acting 101, Improvisation, Oral Communications to The History of the British Theatre.

The later was interesting as she would take her undergrads to London for a few weeks to study the British stage.

“That was by far my favorite of all of my teaching experiences and I did this for 4 years straight! We would see about a dozen shows in our visit, take back stage tours, visit with British “stars” of the stage, take walking tours and create projects incorporating our time there. It was amazing!”

Lau soon felt that she needed to branch out and offer her knowledge and services in another form. In 2009 she launched the “brain child” of lau lapides company a company formed to coach individuals entering the field of acting and singing. The company has just celebrated its fourth year in operation. 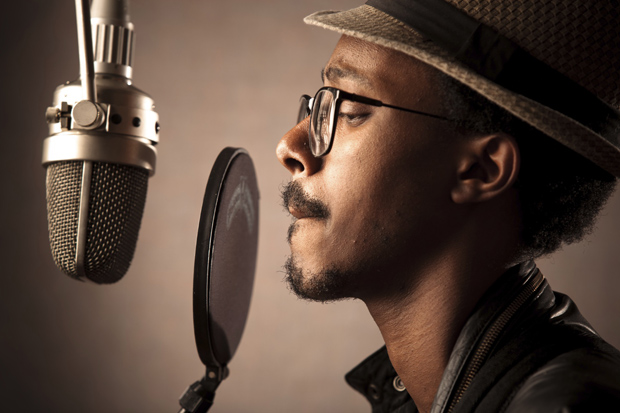 “We are a boutique coaching company that offers a team of highly qualified coaches who are currently working in the industry and are teaching, directing, writing, producing along with other projects industry related! We offer one to one coaching in the craft and technique of acting and voice over as well as the business tools and marketing that will help the client get to the next level in their career. We also act as a “Casting Conduit Talent Scout” in organizing events that offer a direct audition experience for the client to be seen in front of the best in the industry for potential work. We also have master conservatory-style classes, Intensives and semi-privates both at home Wellesley-based studio in MA and studio in Mid-town Manhattan. We work with a global client base in person, by phone and via Skype! We work in areas such as breathing, speech, copy interpretation, making strong actor choices, we create industry standard voice over demos and actor reels at our state of the art studio facility.”

She admits the industry is becoming saturated with every other wanna- be actor vying to be overnight stars. But she does admit that there are those willing to go through the intensive workload to become a real talent. The company has produced some exceptional students who have moved into doing voice over’s on radio and TV to actors leading Broadway roles. They recently hosted a NY Actor/Voice Over Showcase and at least fourteen of them have been called for agent meetings or immediate auditions.

They are producing members of Stage Source, New England Actor, WCAC TV and SECT. Besides these accolades the company has also won many awards and honors. Lau Lapides received a prestigious award for honoring women leaders of the Babson College community. That award “Women Who Make a Difference Award” was given to her in 2003 and 2004 They were also selected for the The Ad Club’s Women’s Leadership Forum *100 Women We Admire* Recognition 2013*. At Playwrights platform Festival in Boston Lau was voted “Best Director” four years running. On top of all these honors she was also chosen to be a National judge for the National Gracie Broadcasting Awards for two years. Her studio work was also nominated in two different categories at that event.

The company has also teamed up on joint ventures with some talented individuals like Voice Over Animation star Rob Paulsen (voice over Rafael and Donatello in the Ninja Turtles, Yakko Warner in Animaniacs) and most recently female animation VO star Debi Derryberry (voice of Jimmy Neutron Boy Genius, Speedy the Alka Seltzer guy etc.). The company takes up most of her time but she loves every minute of it.

The company is looking toward 2014 being a stellar year as they look to extend into more New York based projects. One of them is a Meet the Agent Night which will be on-line offerings and possibly a youth division. Even though Lau or her company are not Agents, Managers or Casting Directors they do have their fingers in the pie. Yet they are called upon to refer talent to agents and casting directors. Lau Lapides and her company has become a staple in the industry for anyone entering the performing arts.

Stepping Out with Brittney Q. Hill