Brave Father Exposes Tragic Past Through One Act Play 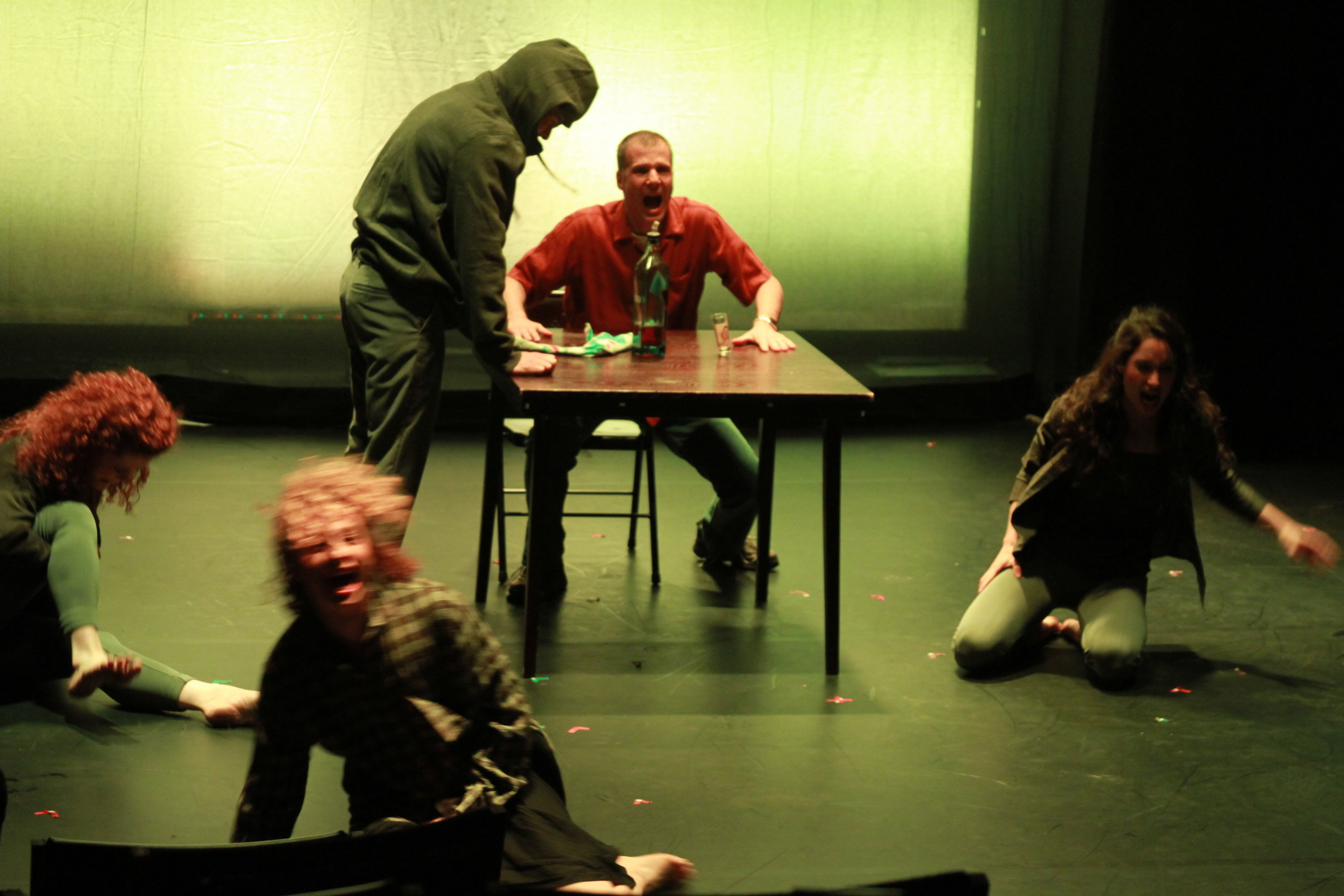 Sometimes in life we experience a tragic event and try hard to conceal it from the ones we love. But sometimes the ugly truth forces us to divulge what is hidden deep in our hearts. Rich Ryan just happens to be one of those individuals. Rich experienced a terrible moment in his life that many of us wouldn’t wish on our worst enemies. He was a victim of sex abuse which hindered his everyday life until he decided to overcome it through therapy.

Rich entered a program that was geared towards the repair of mind and soul. He needed to get past the victim mentality and enter the survivor ship mode. At this point of his life he already had grown children of his own. He found it difficult to tell them the truth about his past but it was easier than he thought.

“I told my children that in life we have to leave this planet better than when we found it. My children have all told me how proud they are of me and I tell them how proud I am of them. I am blessed to have such a strong bond with my children. Being a victim I could not say anything to anyone concerning my past because of what I “thought” the reactions would be, but becoming a survivor & then sharing made it a natural event.”

Following this Rich was determined to help others and expose this dirty statistic to the world. His first step was when he appeared on the Oprah Winfrey Show and shared his experience to the world. It just so happened to be Oprah’s last season when he went on the show with six other men with the same experience.

The show was a success in its delivery and the satisfaction Rich felt was very fulfilling. “Well there were about six of us just talking about sports, finance and current events and then our past abuses and experiences. At one point I turned to the cameraman and he was crying. To break the tension I said “What’s the matter, you were never sexually abused before?” Anyway the cameraman said to me…you guys are really normal. I said of course we are normal we just had to overcome a tragic event that occurred in our life which most victims can’t do, for a variety of reasons.”

Rich decided to go even more public with his story when he decided to write a one act play detailing his life. The play is called LEMON MERINGUE and is running till November 24rh 2013 at the TBG Theatre at 312 West 36th Street 3rd floor between 8th and 9th avenues. The play is a fast moving ride that is sprinkled with the trials and tribulations of a man dealing with the effects of childhood sex abuse. LEMON MERINGUE is an eye opener to those unaware of this criminal act that goes on every day.

The real reason Rich went ahead and developed the play was after his experience in the therapy program from 2007-2010. He saw the need to expose it in a more artistic form.

“I have attended many survivor art shows as well as given interviews. I wanted to find another form of creating awareness and help others break their silence. What better way than on stage. Sexual abuse happens every day. There are babies that are going to be taken out of the hospital nursery today that will shortly be sexually abused. THAT IS A FACT!!! And that SUCKS!!!!. So the more exposure I can create the more awareness I can bring to the world the better chances we have in creating a better society.”

After working on the play Rich also founded the We Are Many Foundation. The organization is set up to guide and educate those who either have or have not fell victim to this crime. It is open to men and women of any age or race. You can visit www.wearemanyfoundation.org to find out more about the foundation and what they do.

Rich wrote and produced the play. The cast consists of actors Joe DeGise II, James Koroni and Brandon Borkowsky who play Rich at different points of his life. Then Amy Coleman plays his therapist, Nick Leos plays his father, Judith Greentree plays his grandmother and Maureen Van Trease plays his ex wife. Adan Aguilar, who dances in the show also plays the role of the Doctor. Catie Cuan & Alexa Erbach are the dancers that bring hope to the show. 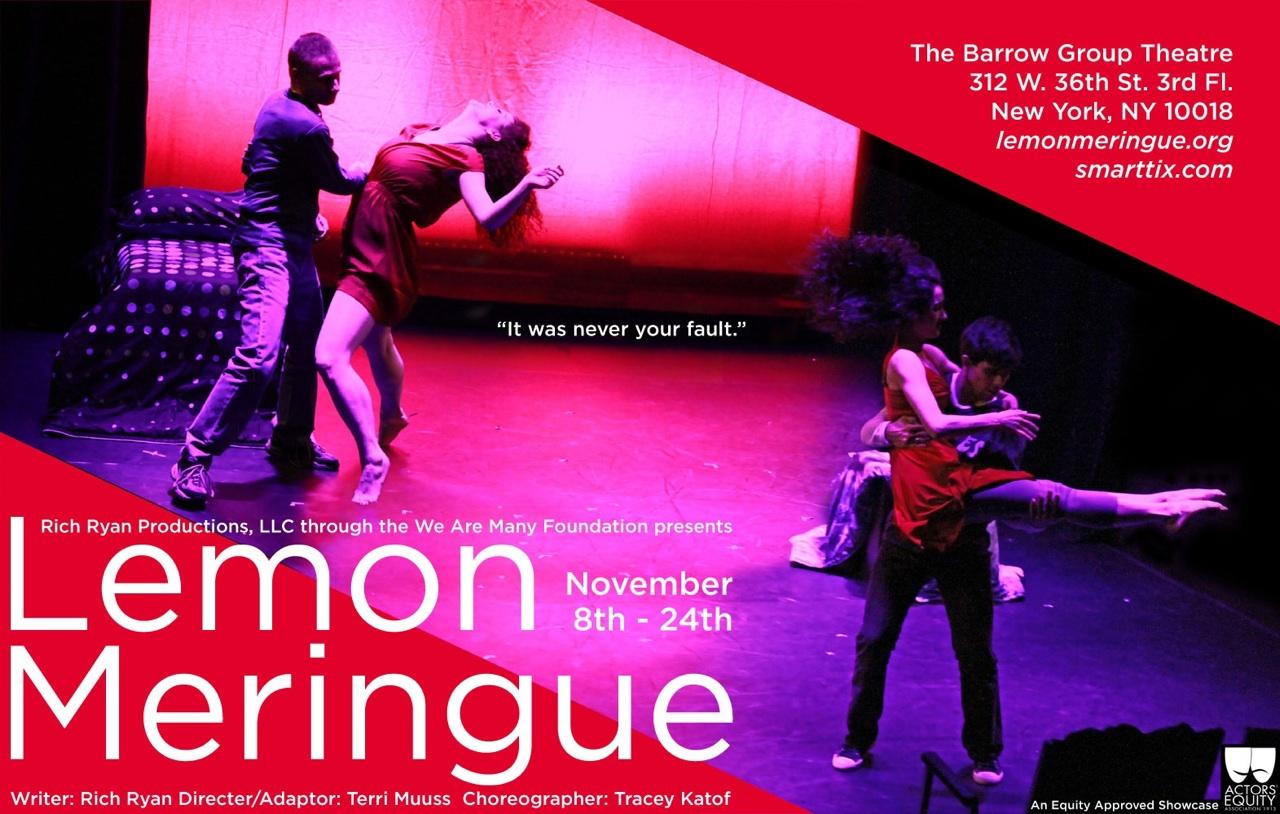 He plans on taking the play on the road to areas like Chicago, L.A. and Boston. Rich hopes that audiences will leave the play with a little more knowledge of this sad fact in certain people’s lives. He also wants them to be aware that life is worth the battle and we are in this together.

“I want children protected and I want adults who suffered from abuse to know that they are not alone. There is help out there. Also many people will relate to what is in this production of overcoming a tragic event whatever event that may have occurred in their life and witness that healing, forgiveness & love can be achieved.”

At present Rich is enjoying the fruits of his labor with the production but is planning on penning a book in 2014 entitled “Your Life”.