An Artist Who Spreads Her Wings with her Own Fashion 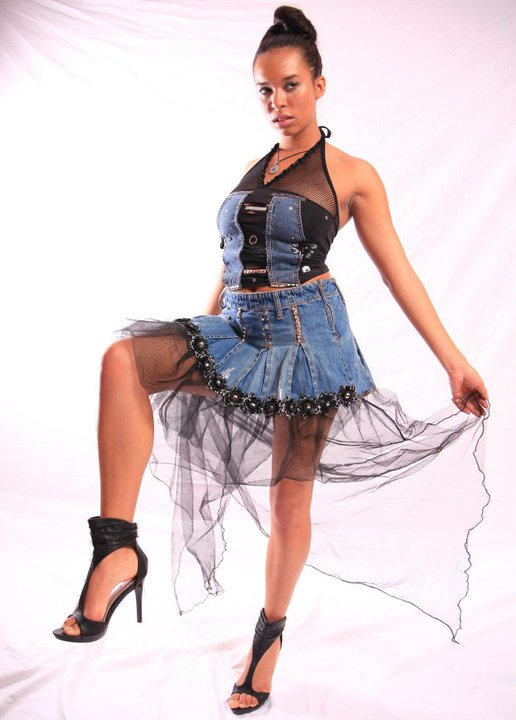 There is a famous line from A-list actor Robert DeNero in the blockbuster film “Bronx Tale”: “Nothing worse than wasted talent”. A powerful line that has played a pivotal role in many individuals minds chasing their dream. As many know the art world is a very difficult industry to break into. Artists across the globe have made strides to accomplish their goals or have taken their own steps to succeed.

Rose Joseph has done just that by creating her own brand called “Dark Angel Designs”. A design company that creates unique and creative work to fit any individuals taste. She has created gothic type clothing with the trademark Dark Angel incorporated in the designs. As a young girl Rose drew her inspiration for fashion from her mother.

“My mother was a seamstress. As a little girl I used to watch her sewing my dresses and that sparked an interest in me. Since then creating and designing new clothing has been a passion of mine.”

Growing up Rose was always called “angel” for her general caring of others and overall selfless personality. Hence that is where the name of the company came from. Many of her clients are drawn to the gothic yet spiritual designs they invoke. Even though most of her clothing line is geared toward women she also has designs for men.

Her clothing line has been featured in videos with artists like Maino, Jim Jone, Pusha T, Fred the Godson, Reggae artist Gyptian, 50cent, Rayvon, Shaggy and Comedian Michael Blackson. In addition, she has also designed a shirt for Atlanta Falcons corner back Robert McClain. Rose has also conducted fashion shows at venues like The Trump Tower, Grace Hotel, Empire Hotel and the Skyroom.

Her accomplishments have been noticed and the press was not far behind. She has been featured in publications like Talent In Motion Magazine, Really Great Magazine, Hampton Daze and Elements Magazine.

“I hope people can see and understand my vision. I hope my work can empower women. Race. age, weight, height, sexual orientation does not matter to me. Beauty comes in all and different packages.”

Currently, Rose is working with local NY female artist Alexza Berry to provide a wardrobe for her upcoming video shoot. Alexza is signed to 456 Music Group. Aside from this new venture she is also reworking her website to fit her new accomplishments but many can reach her at rosevanessa18@gmail.com by twitter twitter.com/rvjDA and facebook.com/DarkAngelDesigns.