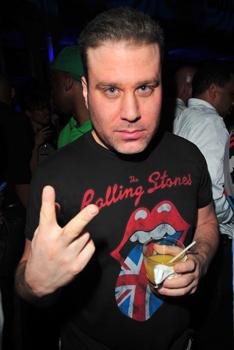 From a very early age Noel was always trying to plan an event to bring people together. At thirteen years old he planned his first large party on 52nd Street and 10th Avenue in New York City. The idea to plan a get together for his friends originated when Noel noticed there was no real place for kids his age to go to. But he never expected what was going to happen. He printed invites on standard stationary and the response was overwhelming.

“When the doors opened we had such a response that about five thousand kids showed up. After that I thought this was a good business plan. We charged $5 at the door. It was 1983.”

This business model began to sprout to bigger things for Noel as he expanded his promoting talents. Before he entered the “night-life” he worked all kinds of jobs to support himself. He went to work all kids of jobs from a gardener to a gofer for Realty Company. Noel soon graduated from Columbia Grammar and Preparatory School in 1989. Noel had a solid work ethic that is still evident to this day.

While he was attending Boston University he would go back and forth to New York to set up events. He would soon graduate with a degree in Economics which prepared him for the role as a club owner.

He was the creator of the “bottle service” idea that sprouted across every night club in New York. Noel adopted the idea when he made many trips overseas and noticed this being used at every club. The idea was not meant to find another way to charge people but as an easier way for waitress to deliver drinks. He introduced this plan in his first club Veruka in 1997. The club attracted celebrities like; Michael Jordan, Mick Jagger, Derek Jeter, Steven Spielberg, Prince, Tiger Woods, Mariah Carey, Lenny Kravitz, Colin Ferrell, Goldie Hawn, Halle Berry, Scarlett Johansson, Michael Strahan, Christina Aguilera, Prince, Mariah Carey and Sean Penn.

He soon came across some business people involved with Studio 54 and made a deal with them to resurrect the legendary venue. Noel was successful for some time then moved onto the famous night-spot Nell’s. He was the first promoter to work for Nell’s in 1996. Noel became a staple at the club for nine years. He then took it over and renamed it Plumm with partners Chris Noth, Samantha Ronson, Damon Dash, and Jesse Bradford among others. Besides Nell’s and then Plumm, Noel has hosted successful events at other notable venues like; The Tunnel, Tatou, Club USA, Maxim’s, The Roxy, Expo, Palladium, M.K., Rouge, Crane Club, Red Zone and Danceteria.

Since then Noel has been a force in the New York night life scene. He has attracted all kinds of celebrities like Stephen Baldwin, Chris Noth, Melle Mel, and Leonardo DiCaprio to his events. Noel would soon venture into another area of entertainment, film. A friend of his who was into producing films suggested to Noel to look into acting.

“A friend of mine asked if I would join him on producing a film. I thought at first I don’t know much about acting let alone producing. But he made it clear to me that my organization and social skills can be adapted to acting and producing.” 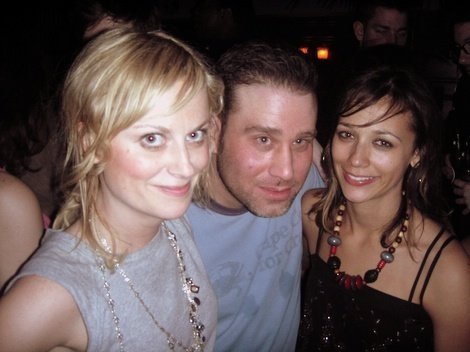 He would soon with producer Randall Emmett release his first production “Speedway Junky” in 1999. The film starred Jesse Bradford and Daryl Hannah. Noel became co-owner of the production company Co-Op. He was also the co-producer of the films “The Atrocity Exhibition”, co-written by J.B. Ballard and “Never Again”.

Noel did not stop there as he ventured into Broadway and co-produced an Off Broadway play called “The Dog Problem” by David Rabe. As we mentioned earlier Noel has acquired some acting credits in films like “Mind the Gap” and “Never Again”. He has also received special production credits for “The Guitar”, “Carlito’s Way: Rise to Power” and “Bounce: Behind the Velvet Rope”.

“I found acting to be challenging and difficult. I began to develop a lot of respect for my fellow acting friends and what they do day in and day out. It is not as easy as it looks.”

Noel was not one to avoid any chance to expose his talents. He became a regular contributor to the then VH-1 show “My Coolest Years” and was one of the stars of show. He would often comment on issues surrounding Pop Culture. Yet soon a tragic event would side track Noel for a little while when a close friend of his was arrested for attempted murder. The friend was actor Lillo Brancato (Bronx Tale, Sopranos).

The sensational case became an issue for Noel who adored Lillo and considered him a close friend. Noel was not planning on turning his back on his friend even though he received a backlash for supporting Lillo. Lillo was suffering from a drug addiction that contributed to his lack of logic. Noel being a person who does not believe in turning your back on a friend stood by Lillo.

“He is guilty of being a complete idiot for putting himself in that position that night. But he did not kill no one I have known him since 1995. I will never turn my back on a friend. It is easy to be someone’s friend when they are doing well but then someone is down is when a real test of true friend is evident. I am loyal to my friends I will take the back lash for any true friend.”

From what Noel hears Lillo is doing well and off the drugs and has earned his GED in prison. He believes jail did him good and probably saved his life. In the meantime, Noel is forging ahead and due to open an upscale private lounge in the near future. He also has a few Broadway and film projects on the table. He has managed to take the night life to another level and due to add another milestone to his creative career.