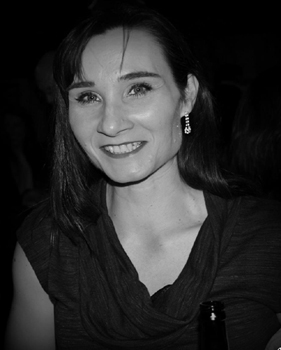 In recent years America has become more health conscious than ever before and a desire to look fit has taken root. Fitness centers around the country have begun to sprout up in every major city. New gyms like Retro-Fitness have begun to expand to match the need of the ever growing demand. Yet there are those of us who would rather work one on one with an expert trainer than go it alone in a gym full of strangers.

The idea of personal trainers has been in motion since the 70’s but did not truly make a solid foothold within the public till the 80’s. There have been many videos, DVD’s and shows of celebrities or ex-athletes trying to sell there “quick workout plans” that most of the time do not work. Hence, when the public realized these “quick workout plans” were worthless the desire for a personal trainer grew.

In almost every gym you will find Personal Trainers but most of them are not as dedicated as they should be. Sometimes you find one or two who really take their training knowledge seriously. One such individual is accomplished all- around fitness trainer, Karen Goeller, CSCS. Karen has been involved in gymnastics since the early 70’s and fitness since the 80’s. She realized at a young age that being involved in gymnastics was for her. Her mother enrolled her into a dance studio where she learned ballet and tumbling. Karen soon graduated to gymnastics and has not looked back.

Karen managed to accomplish many things in her career as a fitness expert. She has earned many degrees and certifications, likethe EMT-D, Nutritional Analysis, Fitness Trainer, many USAG certifications, and the NSCA-CSCS. On top of all this she also has a BA Degree. She always managed her time accordingly. Karen sometimes worked 80 hours a week and somehow found time to study. Her determination and stamina were always tested. Her education also included training as an EMT, Physical Therapist, and Nutritionist.

During her time as a trainer she had worked with some major names. She has worked with Olympic Coach, Bela Karolyi as well as countless Olympic gymnasts at other camps including Kurt Thomas, Tim Dagget, and Kim Zmeskal to name a few. Her track record also includes a few gymnastics National Champions.

In 1991 she was diagnosed with cancer which would have diminished anyone else’s desire to progress forward. But Karen did not allow that to happen. She underwent cancer surgery which was a success. Her surgery left her with lymphedema, which was a swelling in her leg.Twenty years after the surgery, she took to writing and published a book entitled “Lymphedema… Sentenced to Life in Bed, but I Escaped”.

“Working on the book actually did bring back many memories. And yes, some of it was very difficult to revisit, especially the chapter about my Dad because we were close. It was also difficult to bring back the memories of the doctors telling me that I would be bed-ridden for the rest of my life. I thought my life was over and those feelings did kind of come back while I was writing. But then I also had the opportunity to write about how my life is now and that was nice. It was a great feeling to be able to tell people that I am living the life I thought I would never have. I take alot of pride in the fact that I can live independently and a nearly normal life.” 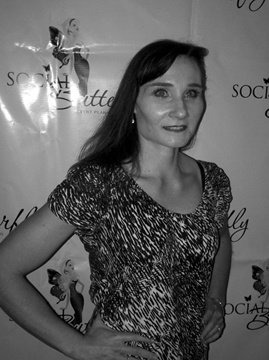 During that same year she decided to go to the tryouts for the show “American Gladiators,” the tryouts where just a few weeks before she was diagnosed with cancer. She did not make it due to being one tenth of one second too slow on the sprint. But it was a great experience for her.

In 2000 she suffered another major setback after a terrible accident which left her with spinal damage. At this time she took to writing until she can fully recover. In 2001 she self-published a book entitled “Over 75 Drills and Conditioning Exercises”. That gymnastics book was so successful that it was used to create numerous fitness and gymnastics training programs, including the original Cross-Fit program.

Karen would use her knowledge of fitness and gymnastics and soon apply it to her own style of training. She soon developed the Swing Set Fitness system, an alternate way to train your body. The idea stemmed from a casual walk near a playground where she noticed how people used the swings. The way they utilized actual leg exercises on the swing made her realize she could expand on them. She soon would pen her own ideas on paper and use her nephew as the fitness model.

”I was walking near a playground in Seaside, the bay side. I saw people on the swings using their legs to make the swings go forward and back. I said to myself, “Oh, leg extension and leg curl exercise.” Immediately after that thought I thought of several additional exercises that could be done on a swing. I wrote many exercises down as soon as I got back to my car. By the time I saw my nephew, Brian Dowd I already had the first book written and asked him if he would be the fitness model.”

Karen developed a series of books called the Swing Set Fitness Books in 2007. Gymnastics is Karen’s strongest point and she enjoys applying it to her training as she does for others. She has pointed out that peopleneed to train aerobically as well as anaerobically.

“Yes, gymnastics and sports conditioning are what I do, my career strengths. Yes, aerobic exercise is important so that you exercise the most important muscle in your body, your heart. It is important to perform strength and cardiovascular exercise for a well-rounded fitness program.”

Karen has done more than the average person in her career as a fitness expert and has no intention of slowing down. Currently, she is on a mission to produce more state, regional, and national champions. Besides that she wants to continue writing books. She only recently completed another book that is in the publishers hands just waiting for the “green light”. To learn more about Karen or to contact her go to her site at http://www.KarenGoeller.com.

Packing Light for the Gym is the new Must-Do

How Exercise Benefits Your Bones