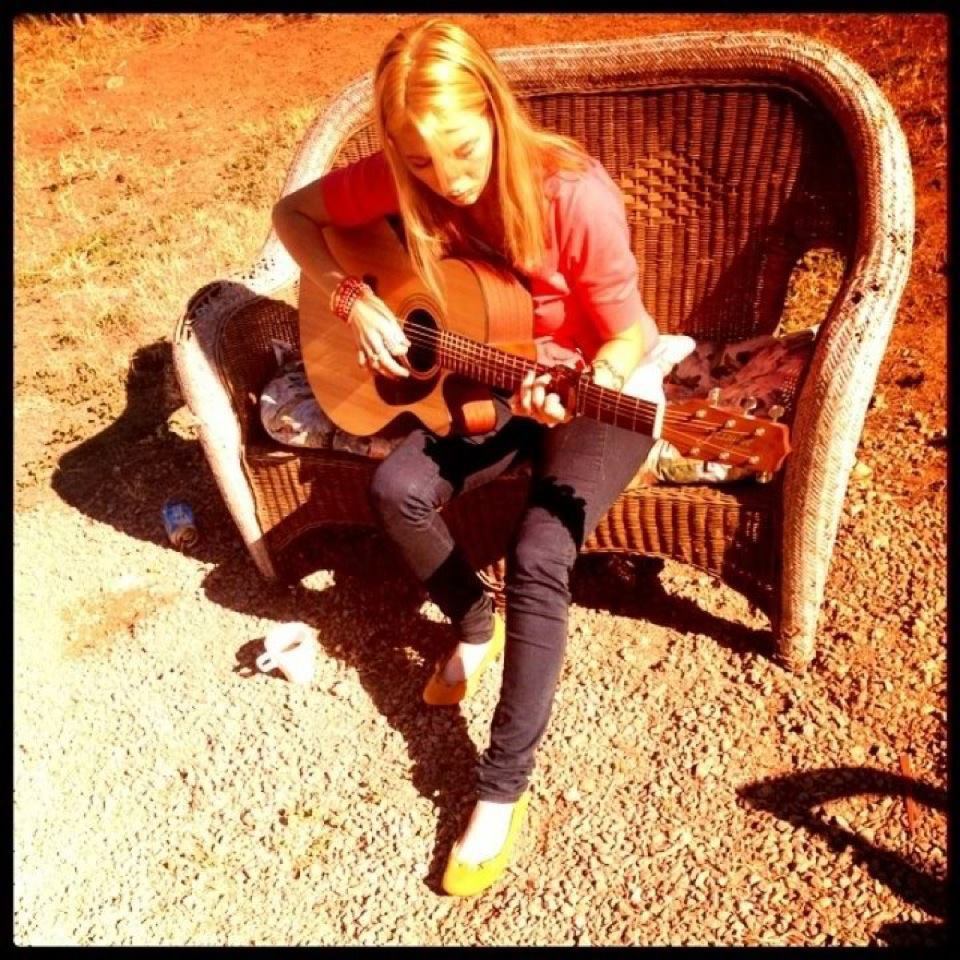 Country music has recently managed to cross-over into the mainstream scene with great ease. Acts like Taylor Swift, Jessica Simpson and Garth Brooks have proven this to be true. An independent artist from Michigan is paving a similar path for herself. Allie Fox was a hidden gem just waiting to be found. At the age of nine years old she took up the guitar and has not put it down since. When she turned eighteen she applied for a job at Music Today in Virginia. Working there became a spring board for her into the music industry.

One of the best perks for working with Music Today was that Allie had the opportunity to be backstage with acts like Dave Matthews, Madonna, and Bonnaroo. Her plans were soon diverted after a close friend of hers died in a car accident. She quickly returned back to Michigan and began working for Magnolia Records and Entertainment. The owner happened to be close friends with Allie’s father who was also a musician. He played with a zydecco band that did national tours. The owner and her father mapped out a plan to set up a blues festival.

She in turn joined them on their project. Magnolia Entertainment managed many acts such as Larry McCray, Frank Bang and The Secret Stash, Matt Besey, and some other Chicago blues artists. Allie took a hands on role in the project like arranging tour dates, gigs, and festivals for the artists. Some of the artist who performed were, Dickie Betts & Great Southern, Dr. John, Carl Weathersby, Tommy Castro, Johnny Winter, The Sauce Cats and Magnolia’s Larry McCray, Frank Bang, and Matt Besey.

“My Dad was the one who inspired me. My first guitar was his first guitar. He played in all kinds of bands since I was young. He played country, blues, rock, zydeco. He had a music collection and a musical desire that triggered my inspiration to follow this road.”

Allie, while working for Magnolia, had the opportunity to tour with Larry McCray and The Allman Brothers. During that time, Larry was working on his “Live on 75” album. She helped edit Larry’s lyrics, book tour dates and worked contracts for him. Allie was fortunate yet being only nineteen at the time made for some stressful situations. The band’s manager had a tendency to disappear. Since that was the case Allie took on more responsibilities. This eventually spelled trouble for the manager who soon asked her to leave the tour. But it all turned out well. The ending dates of the tour were in Chicago and she rode home with the band. She returned to Michigan with the touring experience in her pocket.

After returning to her hometown she decided to devote her talents to a charity called “The Hang On To the Dream Foundation”. The foundation would basically set up singing contests and battle of the bands shows. They would travel to various cities and stage these events. The winner would receive such things as free recording time at a local studio, 100 CDs, distribution, local news and networking. The foundation would invite under-privileged children and offer them gifts and local coverage. One of the founders was the actor Christopher Ewing (One Life to Live, All My Children and Kate & Allie). The foundation even won an Emmy.

In her own music Allie looks to invoke hope and peace as a solution to everyday issues. Her voice and style is reminiscent of the classic rock legends like Linda Ronstadt and Stevie Nicks. Allie has been influenced by many artists like Neil Young, the Beatles, Elton John, Lyle Lovette, Led Zepplin, The Who, and Humble Pie. Two of her recent tracks “When the Night Comes” and “Second Guessing” are a testament to her inspirations.

“Yeah, it’s a beautiful thing to be at peace with everyday issues. As a whole, I live everyday like this. Any disturbance in the peace is hard for me. But, I don’t think about the emotion when I write the songs. I more or less feel a certain way but don’t share the underlying emotion. I don’t always know what drives me to write these songs until much later or ever for that matter. I write as it comes to me and don’t over analyze it too much.”

Allie has recently released her new album “Ivory Tower” that has received national attention. It was a solo experiment that has developed into something more. During the recording they traveled to record with the drummer who lived ten hours away. They ended up practicing from ten-thirty at night till two in the morning. Then they went to the studio the next morning and recorded for two days. For 2013 Allie is looking to complete another full length album. She also teaches music and guitar while not working in the studio. You can her music and keep up with her at http://alliefoxandtheivorytower.com or http://www.youtube.com/watch?v=cUHDbpkFdX8.