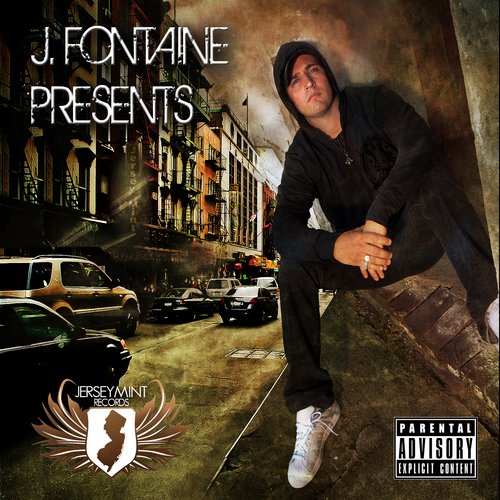 J. Fontaine is a rare breed in today’s music world as he adapts to the new but applies the “old school” style. As a young man he was baptized into music with his love for dancing and expressing his inner talents. One of his first musical inspirations was RUN-DMC whose musical genius still is a factor in today’s urban platform.
Even though RUN-DMC was his primary eye-opener there were many others. Such as P. Diddy, Grandmaster Flash and Cool Herc. J was impressed with Bad Boy Records and even had the opportunity to visit at Bad Boy Studios. He did not stop there as he even had the chance to interview Grandmaster Flash and take in one of his performances.

“A lot of times when I get involved with something, I need to know the history, so I’ll go back to the roots as far as I can. I started studying Grandmaster Flash and Cool Herc and dudes like that. The Grandmaster’s energy is amazing and his love for Hip-Hop is rooted as deep as his influence.”

As he began to build his name and his skills he moved on to making connections with other recording artists. He embarked on a project that would include a mainstream artist. His first choice was Kim Caldwell from “American Idol” (second season). J cut another track with another American Idol contestant Amanda DeSimone. The single he completed with Amanda was titled “Shore Stopper”. In turn he partnered up with Amanda’s sister Bernadette and recorded two new tracks that were added to his upcoming album “J Fontaine Presents”.

Originally J Fontaine was introduced to the Hip Hop culture by the oldest way in the book, break –dancing. As he explained it was one of the many doors into the industry. He performed at private events and at clubs. In the business you create a network that offers new opportunities which brings you to another level.
His first release “Pull It Over” had international fame due to the fact of his collaboration with Kid Daytona and producer J-Remy. J-Remy is involved with Desert Storm Records a Gold Platinum company that has produced heavy-weights like Britney Spears, Beyonce and Justin Timberlake. His new single “Hoffa at Me” is a collaboration with another Desert Storm artist, Thara.

“Basically, I found out about this guy J-Remy who had been producing beats and recordings for Desert Storm and I wanted to get up in his studio. After trying to get scheduled with him, he randomly showed up at a session that I was doing in another studio and I guess he liked what we were doing. We set up a few recording dates. The Thara collaboration was interesting how that came about. I was recording “Hoffa at Me” and I got a text message from my friend and I told him what I was doing. He said, ‘you should see if you can get Thara on that song.’ J-Remy reached out to her and a few minutes later I had a solid collaboration.”

Even though many feel like the Hip Hop scene is on its way out J Fontaine is not buying it. Despite the fact that even Hip Hop artist like Nas announced that the genre is dead J feels the art form will live on. He believes it is merely evolving in what he terms “Hip –Pop” (i.e. Rihanna or Chris Brown). J even dabbled into meshing the two genres dance – hip-hop way before it became the norm. He admits that towards the end of the 90’s and 2000’s the BPM’s in Hop-Hop music decreased that gave rise to a drop in the community. It was not until Jay-Z Records brought back some of that dance style that the music is still breathing.

Currently, J Fontaine is about to release a full album entitled “J. Fontaine Presents” in January 2013. He made it his business to bring on more talented collaborators on the new project. The album features twelve solid tracks that are due to make their musical mark. Besides this development he is working on another track “Jacks a Wild”. His goal is to sell 20,000 units or more for 2013 to start. In today’s market some major artist cannot reach that. The independent artist is growing strong and the voice of J Fontaine is one of them. You can keep up with J. Fontaine by visiting http://jfontaine.stereokiller.com