Steve Scott Shines Through with his Debut Album 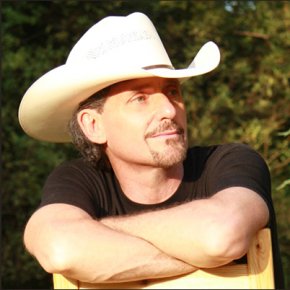 There have been many genres of music that have had their time in the “spotlight” but out of the all them Country / Country Rock saw the least. The popularity of that style of music was typically limited to the southern part of the United States. But with the emergence of recording artists like Carrie Underwood, Taylor Swift and Garth Brooks it has gone national.

Since that being the case a growing number of Country artists have begun sprouting across America and not just down South. A good example is New York native Steve Scott whose musical roots derive from that genre. Steve was strongly influenced by his mother who introduced him into the world of music. His mother showered him with music from Country legends Johnny Cash, June Carter, Hank Williams, Loretta Lynn, Patti Page, Patsy Cline, Willie Nelson and Glen Campbell. But he also received some musical enlightenment from his brothers and sisters.

“My brother John, and his eclectic tastes, brought home the sounds of The Duprees, The Five Tops, The Spinners, Ray Charles, Sam Cooke, Otis Reading, Marvin Gay, and, of course, Aretha Franklin. My brother Walt drove home the strong rock influence (or what they called at the time, blue-eyed soul) with the likes of The Yardbirds, Cream, Vanilla Fudge, The Animals, The Rolling Stones and The Who. And finally, Sister Patti left her indelible mark with the sensational, if not, inimical sounds of The Dave Clark Five, Elvis Presley and The Beatles. Later, by the time I was a teenager, I was fortunate enough to meet a man that was not only the greatest guitar teacher ever, but also my greatest mentor and inspiration. That man’s name was, Peter De Santa, of Colonial, N.J., who not only encouraged me to play, but to dream!”

Steve’s love for music grew as he began to master the guitar. He would showcase his guitar skills with the New York band “Ragged Pink” which changed their name later to “The Features”. They performed throughout the New York Tri-State area in the early 1980’s. The band became a leading rock group that soon settled with the name “Boca Raton”.

His debut CD “Shin’in Like You Do” is considered to be a good example of traditional American music. It is what we call today Americana. The CD is a montage of music; from classic country, to new country, from Appalachian sounds to bayou blues with undeniable rock tones throughout certain tracks like “Hide & Seek” and “Thoughts on Fire.” Steve has captured every nuance of this diverse genre of music. The album features some of the most talented musicians from the Detroit area that Steve rounded up.

“One of the Songs on “Shinin’ Like You Do”, “Have You Ever Known a Soldier?” is not just a song but a tribute to both my brothers that served in Vietnam and to all those who serve or have served. It’s an emotional plea in a song of thanks to those that paid the price. In fact 100% of the net proceeds of the sale of that song go to support our veterans and their families. I thought it was the least I could do. It is not a pro-war song but a pro-soldier song. On the song Rocky Top I perform with my young son Tizi Scott, who’s also a great musician and plays the bass on most of the album.”

The album has made some real strides on online stores like iTunes and Amazon. They are currently feverishly putting together promotional plans, media and even organizing a 2013 Spring Tour. Steve loves to perform live and offers his best to his audience. If there was any recording artist he would enjoy to share the stage with it would be Willie Nelson. Yet he admitted he would have loved to jam with Johnny Cash.

As an artist Steve did not limit himself to just music. He was also featured in movies with top actors like Harvey Keitel and Martin Balsam. The film he appeared in with Keitel and Balsam was called “Gunslingers Revenge”. He has also worked with Viggo Mortensen and Christopher Walken. Steve is a multi-talented artist who is due to make a major mark on not just the Country circuit but the music world in general. You can keep up with Steve Scott on his website http://stevescottcountry.com/bio.htm.