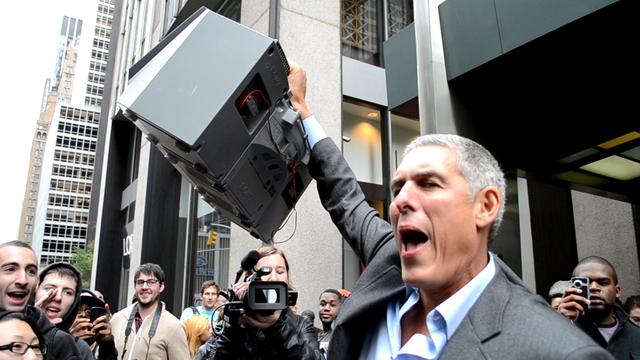 Lyor Cohen is no longer the Chairman/CEO of Recorded Music at Warner Music Group and hip-hop fans in the urban community may have reason to be worried.

Former EMI boss Roger Faxon is likely set to replace the man who has been at corporate table putting the genre on his back for over 20 years, but what does he stand for and where do his allegiances lie are questions that may not be known until the Spring of 2013 when the first batch of music releases without Cohen’s stamp of approval begin to take shape for consumer release.

Cohen has been great at many things and making the hip-hop business stronger is certainly one of them. In doing so, he has been an advocate for transitioning the genre to the business bottom line end of the digital era. It was never more apparent than when the polarizing executive spearheaded WMG to record record-setting digital music revenue in 2011 that is growing enough to match physical sales.

Simply put, he’s made many people and corporations a lot of freaking money.

Faxon was in the same position at EMI, a struggling recorded and publishing music giant, that was recently dismantled by CitiCorp (Publishing: sold to Sony Music, Recorded Music: sold to Universal Music Group), but obviously failed to get the job done, which is what will lead to his availability in the coming weeks. Whatever was started by Cohen behind those WMG doors does not exactly mean everyone will be at ease if/when Faxon takes over.

Urban music insiders are confident things will remain the same at WMG and for the bulk of the hip-hop bottom line, but there is no guarantee Faxon remains on course. Rarely do new CEOs at any company do everything their predecessor would, regardless of how close they are to the former leader.

It is safe to assume the recently-appointed Independent Television Authority Board Member will not stray very far from Cohen’s ideals, as many of them were likely born from meetings many of Cohen’s buddies had. With that deductive reasoning, hip-hop fans can put that bottle of Hennessey down, but relaxing on the notion that Faxon will fight for the culture like Cohen has been may be a grave mistake.

The remaining executives at WMG will use every opportunity to sway Faxon to do what is “best for the genre” which in the end will mean whatever is better for the culture. Will Faxon sacrifice a market for the greater good of the other genres?

The real chance for hip-hop fans to hold its status at WMG’s thoughts is to continue to show the rest of the business that it does infact support iTunes and not Hulkshare. So far, that notion has not happened.

Shipping a box to whoever the new Chairman will be won’t hurt either, but save the best batches for those who have made a purchase and not a freebie.