While it’s a topic somewhat removed now, I can’t help but shake off the nagging thoughts that came immediately after actress Zoe Saldaña was cast as the protagonist of the upcoming Nina Simone biopic, and the immediate outrage that followed from within the black community with the casting choice.

Fans, whether fans of Zoe Saldana or those who don’t even pay to attend movie theaters took to Twitter expressing their disappointment in the most racist of ways. Seemingly angry at the prospect that Saldaña, who is of Dominican and Puerto Rican descent, scored the role, people took to the social networking site and resorted to cruel and demeaning language and comments on countless occasions, almost as if to say Saldaña isn’t ‘of the right skin tone’ and won’t do a good job because of it.

Fans certainly take entertainment celebrities over the top, as the case with mega-stars such as Beyonce Knowles. But to go so far as to react in such a childish and uncivilized way is simply unacceptable for a variety of reasons.
Those fans who took to the Internet and expressed their anger at a woman not because of acting credentials, but because of the color of her skin not being ‘dark enough,’ effectively crossed the line.

These racist comments — while unwarranted, unnecessary and completely idiotic — arise out of the fact that there are few black actresses in Hollywood who have at least paid their dues on the big screen.

Black Hollywood is certainly a ‘universe’ that needs to diversify. Not that the community is a racist pack or anything of that matter. Rather, it’s the circumstances surrounding the universe that continue to hold back diversity.

If you didn’t already know, Zoe Saldaña is an actress who gets paid to work as such. The sheer cost of house mortgage, electric bills, etc are not just limited to the average everyday worker living in Anywhere USA, but also to actors, actresses, athletes, musicians, and comedians. As a result, in order to have things you like to enjoy in life, you have to be able to afford it. For many who log onto the internet to voice their opinions, the idea that acting is something people just do for kicks has become a common thought within the black community in particular, who tend to believe that everything is handed to actors and actresses in life. 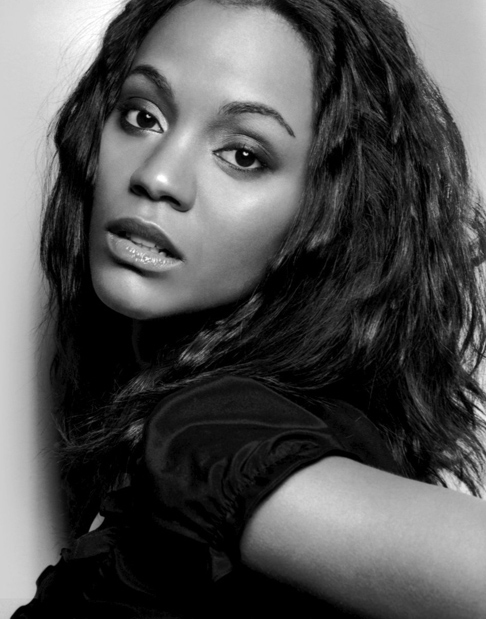 In an attempt to not over generalize here, an actress is offered a role of someone iconic, and maybe that person also has some sort of impact to the actress who is casting for the role: what makes the black community think that Nina Simone has no sort of impact or meaning to Saldaña as a minority actress? Just because Saldaña may not exactly ‘look the part,’ does that make her emotionless to the role because of her origins and skin tone? But remember, this is the same group who feels Idris Elba should play the role of James Bond (despite the fact that Daniel Craig was damn near crucified for taking over the role.)

In order to introduce more diversity, the community itself needs to find ways to appreciate acting and not fixate themselves on who looks what part for such role. Casting reality TV star NeNe Leakes or small screen actress Jill Marie Jones may fulfill the black community of their outrage over the casting, but does their resemblance of skin tone to Nina Simone all of a sudden make NeNe Leakes or Jill Marie Jones better actresses than Zoe Saldaña for the role?

Nothing can excuse how the black community reacted to Saldaña’s casting and simply how degrading their comments were, but one way the race can help prevent situations like that in the future is to help create some diversity now and continue to foster it in the future. It’s easy to say there needs to be more actresses of color in Hollywood, but when most women in this culture are more fixated with becoming the next Shaunie O’Neal than Sanaa Lathan, how does the process start?