I was blessed and fortunate enough to attend many of the 2012 Democratic National Convention festivities last month, and let me tell you, I am still high off of the experience. I laughed, I danced, and I cheered for the man I sincerely hope will be the next President of the United States, Barack Obama.
Now while I thoroughly enjoyed watching My President (talk about sex appeal…woo hoo, but I digress) officially accept the Dem party nomination on Thursday, September 6, 2012, I was far more impressed by the other Obama—Michelle. 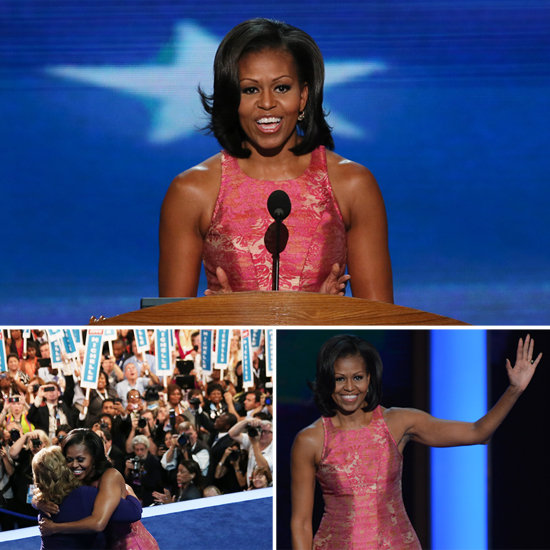 When our First Lady took the stage, a rush of pride swept over my body in a manner that I had never experienced before. I was speechless, literally, at how immaculately she addressed the standing room only crowd inside the Time Warner Arena that historic Tuesday evening in Charlotte, NC (September 4th to be exact). The collective sigh of unabashed reverence and joy was unmistakable at our first glimpse of Mrs. Obama. She was truly breathtaking—in more ways than I can explain. Thousands of us were hanging off of every single syllable she uttered.

Here stood a woman who was smart, beautiful, articulate, feminine, passionate, and most importantly for me, Black. This woman of African descent has been able to captivate the entire nation with style, grace and elegance without being a “Bad Bitch” or proclaiming herself as such.

I often hear women of color refer to themselves and those in their inner circle as “Bad Bitches.” I understand the concept…as well as the theory of turning a negative, derogatory term into something more seemingly positive (much like the justification of the use of the N-Word, the jury is still out on that one in my head)…but when you have such solid examples of modern black womanhood, such as our incredible FLOTUS Michelle Obama, why would any beautiful, successful, driven and intelligent woman want to classify herself as a bitch of any sort, much less a bad one?

We don’t need any more “Bad Bitches.” We need more women who are loved by their communities—whose days consist of more than gossiping about the latest reality TV characters and their fictionalized drama-filled world of opulence and chaos. We need women who are truly independent but still understand how to support their men. We need women who know how to parent. We need women who have such respect for self, that degrading themselves for material things, relationships or being the “baddest bitch” is never an option. And guess what, these women exist. They are everywhere within the African American landscape, we just don’t put those type of Black women on TV, in movies or on your local newscasts. Really, they are the hidden majority.

Michelle Obama is an important reminder that we, Black women, are truly as fly as we think we are. We just need to realize our full potential and power, and never stop demanding the respect we deserve. We must start living in expectation of greatness. I’m not, nor will I ever be, a “Bad Bitch,” are you?