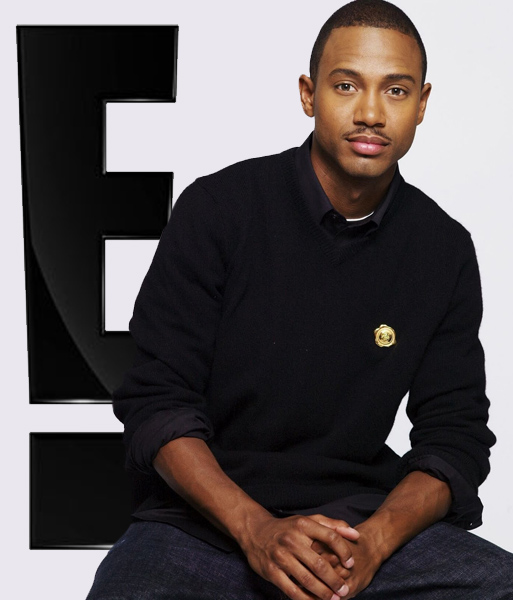 How’d you like to be Terrence Jenkins, who’s been on the (not so nice) receiving end about what a ‘so-so’ job he’s been doing on BET’s highest rated program “106th & Park?” He’s a talent who doesn’t have to play up to the internet foamers every single telecast to prove his worth. But with his pending departure from the Viacom unit to NBCUniversal-owned E! (the second BET on-air male talent to leave from the network to an NBCUniversal owned property; AJ Calloway departed years prior for the syndicated “Extra” franchise) all secured, the ‘corny’ and ‘wack’ talk can now cease…and remain on hold for his successor at 106th & Park.

The downside to this is…there really is no downside. The talent formerly known as Terrence J represents a prime time package for the E! News program, which was once recently in danger of being vanished/integrated into Access Hollywood — likeable within the Television industry, has experience dealing with live coverage, and is still incredibly young (30 years old). Simply put: he can do NO WRONG with this move.

The upside is possibly embarking on a journey that could end up taking his new mentors top spot, if all goes according to grand plan.

Yes, you may snicker at the idea of Jenkins, barely 30 — never on a major mainstream spot of this magnitude, and barely visible outside of the urban audience — going to the promise land someday. Not many people back in early 2000’s believed that about AJ Calloway, either, when Calloway, the original co-host of 106th & Park, was suddenly handed the job of “Extra” reporter and bolted for the bigger lights and bigger stage after years of criticism among urban TV viewers.

The stakes were high with Calloway then, as they are now with Jenkins, poised to ignite a huge career leap. Or flop face-first. There really is no middle ground. And just by coincidence, Jenkins owes this good/lethal fortune to being a nonstop believer, although the level of what’s expected of him working for NBCUniversal will heighten greatly. Not like that hasn’t happened before.

It’s all a very touchy topic within NBCUniversal hallways, with everyone still inhaling fumes from stealing lovable sports personality Michelle Beadle from ESPN/Disney for a multifaceted platform arrangement, and its successful transformation of E! from reality show trashland to credible entertainment/pop culture titan. But with such a union comes the dizzy expectations shared not only by viewers but Bonnie Hammer (NBCUniversal Cable ringleader who oversees E!, Syfy, USA Network, & etc) — Team Terrence must make this a smooth transition not only on his end, but on his new co-anchors end. Or else, homie.

There’s no need for him to focus on his job, when so many others are willing to do that for him.

It’s a prickly situation, and one that’s not entirely fair no matter which way you slice it. Jenkins is the envy of urban TV personalities because the guy was sleeping on a couch to make his TV auditions worth the travel just years ago, and now is a co-leader of the brand new E! image being rolled out for the 2012 season. On the other hand, if there’s even the slightest stumble … well, who do you think will drip with perspiration (besides Bonnie, of course)?

Compounding matters is the shadow of Ryan Seacrest, who climbed down from his high chair on-air (but remains the lead editor for E! News) to focus on his other 210985109412 television duties. Let’s be real here. Given what’s at stake, and how much work went into creating this union, would you blame Seacrest for keeping his face close to the situ…cameras, if the situation begged for it?

Well, here’s a hunch: It won’t come to that.

In this case, Jenkins is sitting pretty. By nature, neither Seacrest or Hammer are the demanding type. Nothing in their past suggests they’re hell on on-air talent. Yet if you catch Seacrest on the air — and again this will be an unlikely sight — figure he got a nudge from Bonnie Hammer.

Jenkins isn’t a lightweight, despite the resume. He sent BET to the promise land the last two years with monster ratings and helping re-shape its once-tarnished image for degrading the community it markets its programming to (that torch has been passed to sister network VH1).

Even better for his on-air health, Jenkins isn’t an ego-guy, nor confrontational. He’s Mr. Smooth, charming his way with a face that doesn’t look a day over 25, a rare these days in media.

The Reality of Mariah’s New Normal

‘Will & Grace’ Revival Ordered to Series at NBC, Star Says