The Party is Alright with Tribal Saints

In the music industry it takes imagination and foresight to notice pure talent and one label has managed to capture it. Amathus Music has recently brought in another recording artist to its growing stable of talent. The current addition to their roster is Tribal Saints, a local Long Island group that is due to make some noise.

The development of the group took some time but with their experience in songwriting, production, remixing and performing they have come out strong. Their focus is on rhythmic, carefree music that takes you to another musical level. The music they develop is full of energy and makes you want to dance.

When it comes to remixing music and arranging tunes they gave us their take on it.

“With remixing, it’s an honor to take a vocal and recreate an interpretation of the song. The mood is always different which is why we love the challenge. Tribal Saints is always rhythmically driven so we usually start there unless there is something that takes us in another direction, something like a melodic piece of music to layer as the foundation of the track. And it’s always fun, best job in the world.”

Their debut release “Party (It’s Alright)” has already made some noise on the national and international level. They were drawn to the label Amathus Music purely on the fact that the label prides itself on maintaining a high standard of professionalism. The single has a tight pulse and pop sensibilities which in part due to Tribal Saints artistic vision.

Tribal Saints have been influenced by many artists but to pin point a few like David Guetta, Skrillex and Calvin Harris. But they also mentioned that even the old school classics have been an inspiration.

Presently, the group is working on a stage show to debut their single “Party (It’s Alright)”. The show will include dancers, raw energy, live percussion and live vocals, which is a bit different in this industry. They are also working in the studio on a follow up single.

The style that Tribal Saints have could be tagged as a fusion of rhythm and percussion. They offered a description of their own creativity.

“We hear percussion in everything, the windshield wipers, a train going by, mostly everything beats out a rhythm. That is what drives us, that’s what gets the feet tapping, the head bobbing and the dance floor pumping. Without a heartbeat, you die, so it musically starts and ends with a pulse for us.”

It is also true that their group name is derivative of their style. They wanted to create a distinct vision based on the name, one that represented the rhythmic nature of the music. You can learn more about the group by visiting www.amathusmusic.com. 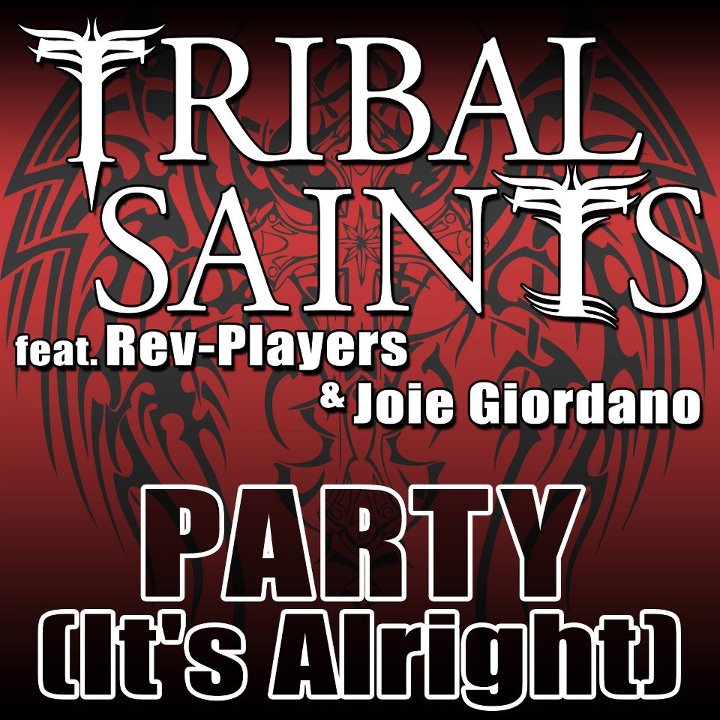