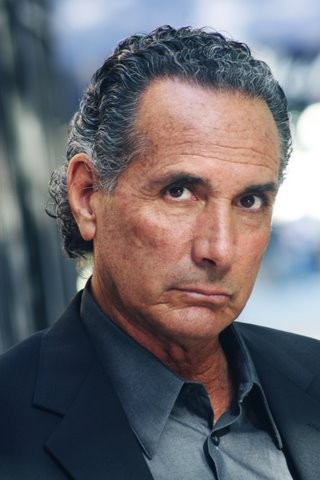 The diverse actor who got his beginning on a High School stage has went a long way. Artie Pasquale a native of Providence, RI first developed the “acting bug” when he became enthralled with the Westerns and Mob movies of his time. Actors like Edward G. Robinson, John Wayne. George Raft and James Cagney became his inspiration. But Artie was not to serious about acting since he also was involved in sports.

That soon changed when while he was in College and appeared in a few theater productions. When he was in school, he studied education and coaching. But the acting was short lived when marriage and children took a front seat. Yet Artie knew that the acting bug was still tugging at his heart.

He soon studied with Jacqueline Knox, Aleta Chappelle and the Buffalo Theater Group. Artie then ended up working on about ten film projects from 2006 to the present. After a few films he befriended creator and writer David Chase, who had him audition for the role of Burt Gervasi. As we all know, he had a recurring role until he was whacked in “The Blue Comet” episode (Season 6/Part 2) via a dramatic strangulation scene. We may also remember him as the bodyguard to Patsy Parisi (Dan Grimaldi) when they visited a Starbucks to shake them down but couldn’t even do that.

“The Sopranos was certainly very special to be apart of that I will never forget. I know it’s a cliché but it really was like a family everybody respected each other and appreciated everyone’s efforts to make it a success, whether you had a starring role or a member of the crew. Working with such outstanding actors, writers and directors was very special and rewarding.”

Even though Artie made his big debut on the Sopranos, he does not feel type-casted to always play a mobster. He has also appeared as a detective and a lawyer. He feels it is irrelevant which role is offered an actor he or she should treat it with the same enthusiasm and seriousness as any other.

The most recent project Artie is working on is a documentary entitled “LAST WILL OF EMBEZZLEMENT” WITH MICKEY ROONEY. The film is a collection of true stories about how senior citizens are taken advantage of by siblings, lawyers and the issue of reverse mortgage scams. The film is currently being shown around the country. It has already received positive reviews from the NY Times and hopes to qualify for an Academy. Besides this, he has also completed a film called “Red Corvette” about two high school girls in a very contemporary school. Artie plays the part of the High School principal.

When it comes to mob films Artie believes that the genre will always be popular. But he admits lately there are too many bad films on that subject. As a matter of fact Artie is working on trying to fund such a project. The film is called “Morning On Charlotte Street”. It is a true story about a family and two brothers in the mid 50’s on the tough streets of the Bronx. The film has a tragic twist Artie sees it as a combination of “West Side Story” and “Bronx Tale”. It has already won some awards at various film festivals. Artie is also preparing for an Off–Broadway play which is to be directed by Danny Aiello. Artie is always on the move whether it is doing stage readings or film projects he is becoming a driving force in the industry.