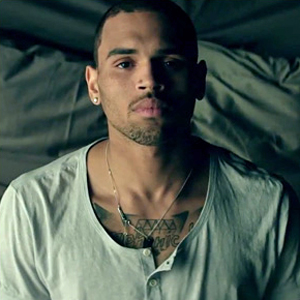 They seem to come in every few days, too much and too often now, from all corners of Hip-Hop.

Statements from lawyers jostling for the best position in a fight nobody cares to see. Reports from non-validated gossip websites still trying to get to the bottom of one of the most embarrassing and unnecessary messes in modern hip-hop history. Judges’ rulings and jury verdicts with evidence glossing right on Youtube, uploaded by the defendants themselves. Breathless updates on whether rap stars such as Gucci Mane and Chris Brown will be able to make a scheduled performance in light of their legal woes.

Every so often, I check in with the DA’s office throughout the 5 boroughs of New York City to see whether there have been any new additions and updates on the legal end of hip-hop’s elite (and underground). Before that, I spent a day here and day there to find out the latest on who was taking up residence at the nearest correction facility.

It feels strange for a journalist to complain about there being too much news in hip-hop. Scandal and crisis are like nectar in this field. Typical hip-hop universe headline stacks have never hopped faster.

And yet none of this feels good. To me or to any of you reading this.

Hip-Hop has never been a squeamish world. It takes a lot of ugliness to wear people out or make them look away. But this is embarrassing. And exhausting. I’m not sure when we as a culture hit the tipping point. I’m only sure that we’ve tipped. We’re through.

But we’re also stuck. And frustrated. There are no easy answers or ways out. There might not even be any happy endings. The urban community (at least the sensible ones) is mad as hell, but it might have to keep taking it for awhile.

A recent incident at a hotspot New York City nightclub has entered the tabloid screen after a bottle brawl involving former child-actor-turned-rapper Aubrey “Drake” Graham and hip-hop star Chris Brown, and lawyers representing Drake served notice that his client “isn’t involved in any brawls,” as if we expected any less.

And there are a dozen more lawyers’ statements I could quote off the top of my head.

I miss the days when a bad performance was the worst thing a rapper could do.

So is there anything to do about it?

There has already been a de facto war on hip-hop by corporate america this year, with advertising dollars falling off more than that of any other genre in the music industry.

Voting with our feet is a good start. But it feels more like a manifestation of some collective depression than a plan of action.

Passionate outcry — that can be cathartic, even inspiring.

But is it enough? The show ends, and everyone goes back to dreaming about a new wave of hip-hop groups that could someday rescue the genre but might never come.

What’s sad is how many more column inches Monday were spent dissecting the showdown between Drake and Chris Brown than on Rapper/Actor Ice-T’s documentary on the origins of hip-hop.

But this is where we are now. Stuck, without a clear way out of all these messes. Tired, of hearing from lawyers and policemen. Mad as hell, but with no choice but to keep taking it and waiting for the next rapper to enter the carousel of hip-hop necessities, complete with rapper start-up kit in tow.