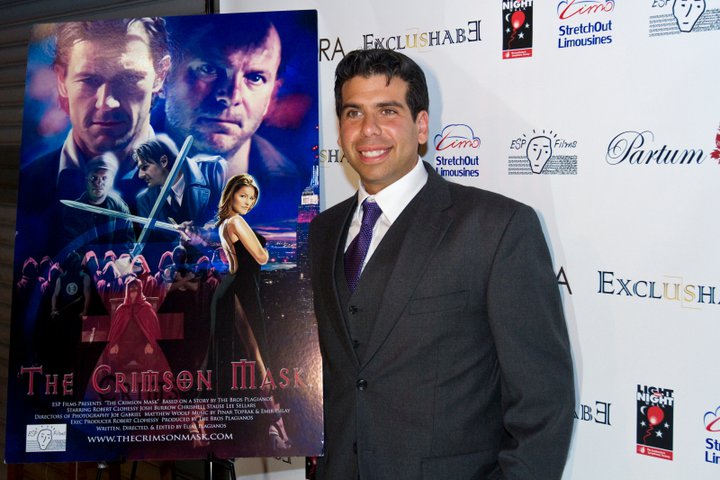 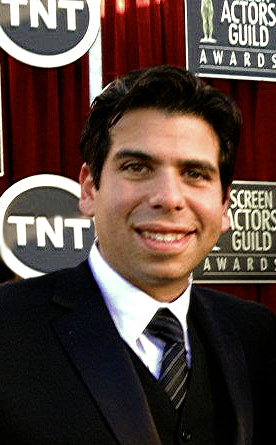 Since Nia Vardalos lit the Greek fire in Hollywood with her blockbuster “My Big Fat Greek Wedding”, more talented Greek Americans have come forth with great works. Actors like Costas Mandylor, Nick Cassavetes, Louis Mandylor and Melina Kanakaredes have proven what they are made of. Yet there are those who are still breaking the “red tape” of Hollywood to make their Greek mark.

Elias Plagianos has recently done that. A young Greek-American who was raised in Brooklyn has brought his background to the forefront of his work in many ways. His first production and first attempt at directing a film was in high school. The production was titled “Fried Cheese” which was really a TV show. A local cable company provided a Public Access channel that offered a half hour slot every week. All Elias had to do was provide content that fit the channel’s guidelines.

“I took advantage of that and along with some friends produced a sketch comedy show. I was forced to learn how to shoot, edit, write and act in order to get this show on the air every week. It allowed me to experiment with different ways to tell stories and I quickly realized I enjoyed the challenge of being behind the camera more than telling jokes in front of it.”

He admits that he learned more about his career in High School than in College. This was due mostly in part to his teacher, Hy Shuster. He was a big inspiration for him. Hy taught him the key elements of visual storytelling and then allowed him to spend hours upon hours in the editing bays to discover his own unique voice. Elias’ teacher battled to get the school system to invest on certain equipment and his fellow students would soon go out into the world and do their best to prove it was worth the investment.

Elias grew up admiring such legends like Robert Rodriguez, Sam Raimi, Steven Soderbergh and John Cassavetes. He was inspired by film directors who worked against the system and who discovered ways to create stories in a different light. This gave him the confidence to forge ahead and develop films his way.

Before Elias was able to work fully on a feature he produced many smaller projects. He has done everything from workout videos to travel documentaries. The knowledge and skills he picked up through these projects enabled him to transfer them to his current works.

At times when he directed a live event with multiple cameras he was forced to make quick decisions. For example he would have to decide which camera to use for each moment of the production. He would be actually editing a two hour production on the spot, a task that is not easy to perfect. Yet Elias welcomed the challenge and succeeded.

As a young boy Elias was introduced to the invoking Greek myths by his father those stories would play a role in his future as a director. Also the heroic characters of Batman and Superman attracted his attention. He soon became a comic book fanatic and began building a collection. This fusion of the myths and comics inspired him to produce the film “Redskins Revenge”. The film is based on the subject of zombies. The production was soon to see the light of day and won first place at the Zombiefest which was judged by the original team behind the film “Night Of The Living Dead”.

Recently, Elias has completed and released a new film entitled “Crimson Mask”. The production was based on some true events in his life. From the films location in Brooklyn, New York to the inspiration to do the project which derived from his ethnic roots the film had managed to win over 35 awards at the 2010 Cannes Film Festival and was showcased there as well.

“The theme of “The Crimson Mask” was inspired by my families struggles in Greece during WW II as part of the resistance and even more so by my Great Uncle Sarantos Ekonomakis, who stood up for his beliefs during the Greek Civil war and was murdered by the establishment of former Nazi Collaborators who were put in control of the government at the time. The lessons I learned from their life story in collaboration with the rich ancient history of Sparta that I was exposed to growing up greatly affected the way I see the world and therefore I think were integral to my success as a filmmaker.”

Elias has always had the support of his family at every turn. Whether he succeeded or failed. He admits that his parents gave him the greatest gift of all, patience. They would always be there to catch him if he every falls then pick him up. Elias also added that there also is another supporter who has attempted to bring together Greek actors and directors, Jim Gianopoulos CEO of Fox.

Through Jim he had the opportunity to meet and share ideas with actors like Michael Chiklis, Nia Vardalos and others. Currently, Elias is working on a new project with Jason Rlley and Lindsay MacAdam of Evos Media / Redbear Entertainment. The project which is in its infant stages appears to have more financial resources for Elias to really expand on his talents.