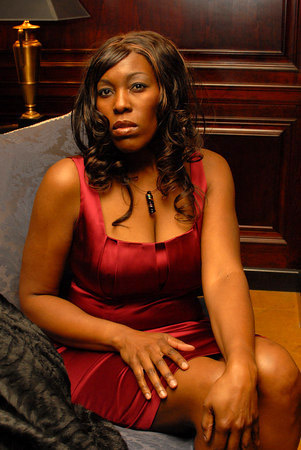 Through the years there have been a few individuals who have taken on a task that gives back to society. Some decide to develop a charity, or donate their time to a worthy cause or open a school to those less fortunate. Valerie Campbell has built her life on the ideal of helping others in need.

Coming from humble beginnings and earning her right in the Entertainment world she has made her mark in many ways. A native of North Carolina she came to New York to follow her dreams, like many others before her. She went ahead and began developing herself in the entertainment field. Valerie started modeling for local photographers in high school and kept it up when she went to college in the Washington, DC area.

With all this on her plate it is amazing she has time to study yet she is a full time student at Fordham University studying law. Besides her educational responsibilities she is also the executive director of Healthwork Solutions Inc, Tea For 2 Foundation and is owner of Crimson Hill Entertainment, a film production company. Valerie has also devoted her time to special programs like ObesityHelp.com and MakeItALifestyle.com as a spokesperson.

But one of her most cherished programs is the Tommy Hilfiger Arts Outreach Program for Homeless Youth. For this program she teaches acting for under privileged children. Along with friend and fellow movie producer John Pallotta they devote their time and effort to the program. The Tommy Hilfiger Foundation is a huge supporter of the school.

The program is set up to offer acting and interactive “creative role playing” for children ranging from 4-18 years of age. The students are brought in from all the boroughs either from shelters or other programs. In turn, THF along with the Corcoran Foundation select the children to participate in the program. Social Service Organizations also help to enrich the lives of these families.

Besides John Pallotta being involved with the program there is the Corcoran Foundation, Jane Hagerty- Artist Director of JP Studios (also Tommy’s niece). Valerie prides herself on helping others and building a foundation for them. You can find more evidence on her passion to help others as her and her team serve food on the line at Holy Apostles Soup Kitchen in the Chelsea area. Additionally, she and her team go out to Chelsea Piers and disseminate resource lists, toiletries and condoms to the homeless, gay youth who reside there.

She also is the founder of Crimson Hill Studios which caters to up and coming talented artists looking for a platform to shine. The school is the sister company of her non-profit foundation Healthwork Solutions Inc. The art program offers classes in acting, voice, movement for theater, health and wellness and media technology. In addition to the acting end of it they also focus on diet management, weight management, healthy eating, shopping for the healthy family, and yoga for meditation / stress management.

“I wanted to provide a comprehensive arts program for inner city youth, low to moderate income families, middle class and upper class families, in which the focus is on the arts and there is no division of class or socioeconomic levels. The program is priced affordably and we have donors who will provide scholarships for families who can not afford the classes. Classes are being held on Saturdays and Sundays at Ripley Greer Studios in Midtown and classes are taught by the most respected persons in the industry. We have partnered with International Artists Group, Inc, a talent agency, to provide talent management and agency representation for our actors. Our program is for beginners, intermediates, and advanced. We also offer homework tutoring, life skills and computer literacy courses for adults. Our program and staff are outlined on the website.” www.crimsonhillstudios.com

Valerie hopes that the academy can develop some success stories in the near future and is planning on expanding to Washington, DC. Outside of this huge responsibility
she appeared in her first Off Broadway play “LOVE HURTS” and followed it up with a lead-role in “UNION WOMEN” (presented by the Afrikan Women’s Repertory Theater).

As we can see Valerie is always on the go with one project after another. On the horizon is the production of TUCHT (www.tuchtthemovie.com), a film with a top – notch cast along with another film, Master Class with legendary actress Faye Dunaway. Valerie has not abandoned her modeling either as she is a part of the elite website www.modelmayhem.com. Also on the table is a film on the unknown world of the Greek mafia. She is partnering up with co-writer Michael Kospiah and Nick Christophers on that specific venture.

Valerie is the epitome of a true renaissance woman on a mission who will stop at nothing to accomplish what she sets out to do.

IN DEPTH ACCOUNTS OF LIFE AMONG THE MOB’S GRIM REAPER: The Mafia Hit Man’s Daughter by Linda Scarpa