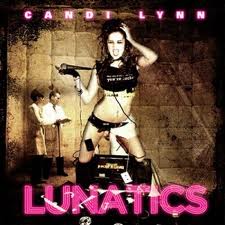 We have been introduced to many things New Jersey like: “Jersey Shore”, “Real Housewives of NJ” and “Jersey Boys” but nothing like a recording artist with a real “Jersey” attitude. Her style, passion and charisma resonates a Jersey personality. Her image mirrors her sexy yet stylish look and the cutting edge sound of her lyrics.

Candi Lynn is slowly becoming a driving force in the music industry and has lived it and breathed it in her 21 years. She has been influenced by all styles of music. Whether it is freestyle, house, rock or pop her music is an extension of all these genres, a “milkshake” of every style imaginable. Her inspiration was derived from two different places. One is her knack of being a “dreamer” and the other is from her mother.

“Since I was a baby I’d be dancing in my crib whenever music came on. So I’d like to think it derived from my soul…My whole makeup as a person.”
Since Candi displayed a passion for music and performing in general her mother took it upon herself to help her daughter reach another level. Being that her parents owned a nightclub just added to her desire to be apart of the entertainment world. Through the contacts her mother developed she decided to pursue the music industry full force. Hence, when her mother discovered that her daughter had such raw talent they started their own record label.

One of the first step’s they took was when Candi performed for the first time at a Hip Hop event in Philadelphia. She was just sixteen years old and she was in front of a mostly urban audience. To say she was nervous was an understatement. Yet her knack for rhyming paid off and the crowd expressed a lot of love and support for her first time out. This was the first of many performances that were soon to flower into something bigger.

The development of the label ILL MissMusick actually originated from the collaboration of her mother and her Uncle Hector. Her Uncle was a talented graffiti artist and with her mother thought of creating a clothing line “ILL Miss” with Carlton Laurey (owner of Y-Not Promotions). Carlton worked with Priority Records & promoted many major hip hop acts in the music industry, such as Snoop Dogg, Ice-T, Xzibit etc. Even though the clothing line did not take off Candi began using “Ill Miss” as her alter ego in many of her lyrics. The addition of the word Musick then stuck and the label was born. 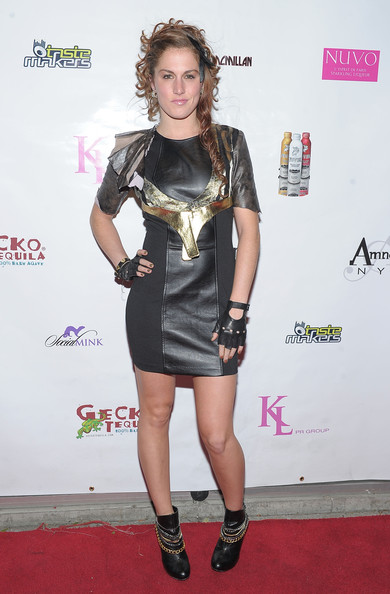 “The abbreviation for our label is IM Musick, which is great because with my style & sound, I like to combine and dabble in all genres. So IM Musick perfectly describes me as an artist. In today’s digital music age sometimes I don’t even know the “technical terms ” to define one music genre to the next, so many artists have cross blended genres. For me, I just hear and feel the music. If I like it, I like it… If I don’t, I don’t.”
In 2009, Candi released her first production ”ILLMissBehavin” which was a learning experience for her. It was sold in local retail stores like Mandee. It did very well and set the seed for a bigger buzz down the road. The success of the record yielded live in-store performances and at one show she managed to sell fifty – four albums in an hour. It was a building block to what was to come. That certain album was laced with creative messages associated with political and social awareness. Candi’s intention was not to be political in the traditional sense but just to express what she felt at that moment.
Currently, she has released a new single entitled “LUNATICS” along with a video. The video alone has 117 thousand views on YouTube since its release in August 2011. It also has received airplay from at least 60 key College Radio Stations nationally within only a six week campaign. The single has some powerhouse re-mixers on it like DJ Zilos, Chris “The Greek” Panaghi, DJ Yonny, BeatBangerzz, Klubjumpers and Mike Bordes. Also “LUNATICS” was used by Celebrity designer Indashio during NYC Fashion Week on his runway at The Audi Forum.
“Lunatics” was also used for his Fashions night out “Runway Model Search” sponsored by Famous Footwear in NYC. In addition, the single has so far been rated #1 most downloaded song on the worlds largest DJ download service “Serato” White label. It does not stop there it is also Top 10 download on Radio Music’s download service “New Music Server”.
“My fan page on Facebook has been going through the roof with almost 20,000 fans, and my twitter is almost at 5,000 followers. So I feel it’s safe to say I am generating a great reaction with LUNATICS!”
Even with her new found success with “LUNATICS” Candi is not stopping there. She is now working hard in the studio on a new album.
Yet she is not sure if she will be releasing the whole album or singles with remixes. Based on today’s music industry it is better to release singles than albums. Most recording artists go that route since it is easier to market. According to Candi Lynn her long time goal is possibly to reach the level of a Lady Gaga or Brittney Spears. But her main focus is to live true, create beyond her expectations and always try to encourage and inspire. You can learn more about Candi Lynn and stay in the loop by visiting her website http://candilynn.com.