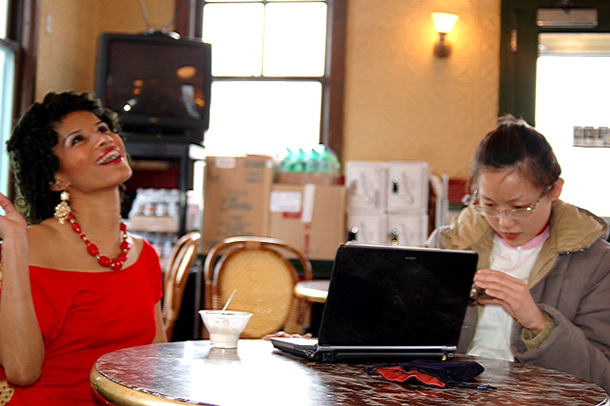 In 2009, the urban entertainment blogging community were feeling pretty good about their financial future.

A thriving fanbase, the ability to get “sources” without leaving their keyboards, and a new avenue into entertainment media created more revenue opportunities while not having to spend the amount of dollars most companies would spend to launch a new brand.

But just as an attractive and more successful acquaintance can quickly change the fate of a marriage, so too can steady growth in the digital entertainment landscape change the urban blogger’s ability to compete against larger resourced rivals, which will be hard-pressed to turn this into a long-term profitable venture.

It’s more challenging than ever for an urban entertainment blogger to succeed. You can pull it off, but you need to be smart and lucky. Popular lifestyle blogger B.Scott created the best blueprint: target character celebrities, provide original commentary that’s not damaging to your ability to provide unbiased coverage, and keep the stories simple and logical. Others haven’t been nearly as smart or lucky (and the digital world is riddled with various websites that have been abandoned since 2010). Suddenly, it’s the industry’s fault. You know, because the industry told them that there’s no room for black entertainment or lifestyle online, or their fans tuned them out after hearing the noise of cut-and-paste tactics and they decided that blogging was not what it was thought to be (translation: they realized that blogging is much more than scrubbing content or outright cut-and-pasting articles from bigger name brands).

Heck, even shoe consultants based in New York City could have multiple lawsuits pending against them for nightclub incidents and still continue to add new clients.

But let’s pretend the urban entertainment bloggers aren’t broke for a second like they say they aren’t. Or over leveraged. Or whatever you want to call it when people have more ‘put in than put out’ and can’t solve that issue without partnering up with a corporate entity, but they’re too stubborn to sell those assets. The urban entertainment community’s current struggles highlight three of the industry’s biggest problems right now.

Problem No. 1: One problem in cities like Atlanta and Washington DC is a lack of corporate types that are willing to help sponsor urban entertainment brands due to already-tarnished reputations of safety issues or lack of legitimate area interest. But Atlanta is a big head urban town, and even the growth of music artists and lifestyle brands didn’t help the entertainment industry’s marketers, partly because of a lack of interest in the scene and partly because there was no overall growth within the region as a whole.

Problem No. 2: It’s difficult to generate revenue without a legitimate brand roadmap (some call it a vision board, others call it a business plan), although it was a fun era while it lasted. I know I’m providing ‘hot content’ for the readers, but what if you guys donated some funds via Paypal and eventually into my pocket? What happens when you’re still not providing a real sense of direction after 12 months with a standard entertainment blog website without originality? You’re screwed.

Problem No. 3: What happens in Year 2 if the website is no better than it was from it’s launch, where it anointed itself as one of the hottest sources for entertainment news? Will knowledgeable fans anywhere keep taking hours out of their week (and sometimes their day) for the dubious pleasure of reading news that they could read from the source said blog sourced/scrubbed the article from? Maybe. Still, it’s a good thing the Twitter’s and Facebook’s of the world have perfected real-time coverage advantages to the bloggers. They’ll need them.

And it’s not like the publishers/content creators haven’t worked overtime to find new sources of revenue, like expanding to video and gaining the interest of liquor brands to team up for public events associated with the blogging website brand name.

But complicating the financial picture for independent urban entertainment bloggers is that digital multimedia companies like Buzz Media (which purchased popular urban entertainment website ConcreteLoop.com) and Moguldom Media Group (owners of ultra-popular digital tabloid Bossip, the female-specific culture brand Madame Noire, and the recently launched StyleBlazer.com) have essentially figured out how to beat the once-braggadocios independent blogger at their own game, while also providing the one practice that has eluded most of the out-of-nowhere start-ups.

The digital multimedia companies are basically immune to major damage within the community due to lack of unpredictability, lack of research, and willing to invest resources, something of which most independent bloggers are unwilling to do. And in the case of Buzz Media, they have star power – celebrity publishers like Kendra Wilkinson, the Kardashian family, and Whitney Port – that allows them to cross-brand advertising and provide credibility to the casual viewer.

It’s a given the industry will always have a loyal following in the digital heartland of the prairies. But the fact the the independent bloggers actually caused this downfall by not implementing organizational structure, detailed researching, and their own resources will be the real story in around 2 years.

The New Entrepreneur (Art of being a Side Chick)