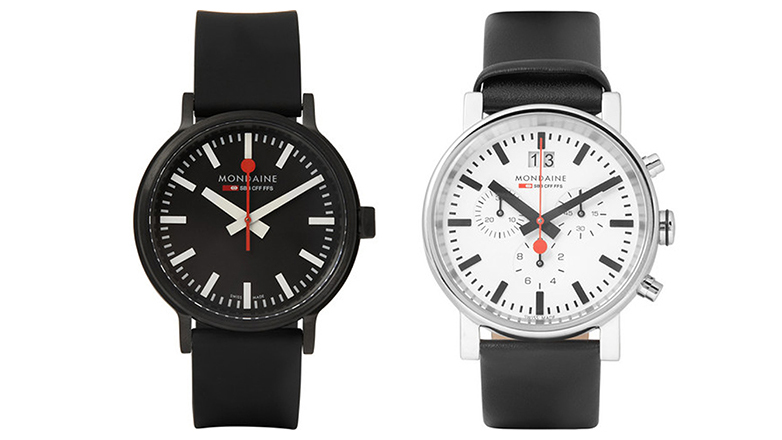 APPLE REPORTEDLY paid $21 million to license the design of Mondaine’s iconic Swiss-made timepieces in 2012, but Mr Porter will sell you one of the brand’s watches for a whole lot less.

The online retailer will start carrying four of Mondaine’s watches today, from $245 to $725, including a model that features its nifty stop2go movement. The second hand on that watch in particular travels around the clean dial in 58 seconds, then stops at 12 o’clock for another second. An electronic impulse then pushes the minute hand forward and starts the second hand’s circuit around the dial all over again. This trick—and it is a trick, not a flaw—helps the watch keep precise time. You can see the movement at work in the video below.

That function is just as important as the form. The overall design of Mondaine’s watches is based on the clocks used at Swiss train stations, which were designed by Hans Hilfiker and introduced in 1944. Seventy years later, they’re still helping that country’s trains on time, and they’ve also been honored as design masterpieces by both the Museum of Modern Art and London’s Design Museum. If it’s truly timeless style you’re after, you can’t get much better than that.