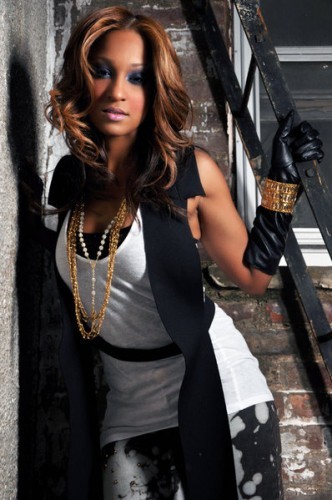 You might recognize Olivia Longott as the sultry voice and beauty behind 50 Cent’s G-Unit. Her powerful vocals put the finesse on classics like, “Candy Shop” and “Best Friend”. But for the Ex-First Lady of G-Unit, the career journey for Olivia, hasn’t been one without adversity. Now with a hot new single and a hit TV series, Olivia is back to prove to the game and the haters that she’s here to stay.

Longott first came on the scene in 2000, after being signed to J Records by label Exec.Clive Davis. She released her self-titled debut in 2001 with hit single “Bizounce” hitting the charts at #15 and “Are You Capable” following. Now, I remember hearing that album. Infact, I still rock out to that album every now and then. The album boasted Olivia’s talents not only musically but also lyrically. Unfortunately in 2002, it was announced that Olivia would part ways with J Records and in 2004 signed with 50 Cent, making her the first female artist in G-Unit. With a slew of hits with the group, Olivia and her talents still seemed to be overshadowed and underappreciated. In 2007, G-Unit and Olivia went their separate ways as well, leaving room for naysayers to form their own opinions of the singer.

Now, with the debut of VH-1’s “Love & Hip Hop”, a reality based series, showing the lifestyle and trials of those close to the music industry (and sprinkled with a little drama), Olivia’s stock is rising. The series which, reeled in over 1 million viewers, chronicled the lives of Olivia, Chrissy, Emily, Somaya and Mashonda. The show gave fans an extra insight to the hard work and effort Olivia and her new team have put forth into re-branding and paving a way to a fresh start for her in the Industry. Along with a dope new show; comes dope new music from Olivia. Now only into its 3rd week, Olivia’s emotional new ballad “December” has already hit #8 on itunes and has social networks on fire. With all this momentum, Olivia is putting herself in position to ambush critics, finally silence the haters and show what she’s really “capable” of.